Child shot and killed by the artist, while he was on a trip to get a snow cone with his family 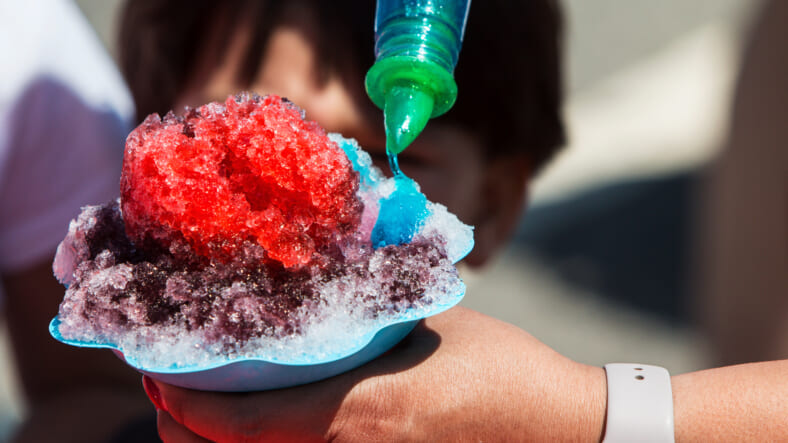 Closeup of woman's hand holding snow cone as she pours blue syrup onto the crushed ice.

A rapper by the name of Lil Tony has been arrested in North Carolina and charged with the murder of a 9-year-old boy who was killed in August.

The child was reportedly riding with his aunt, sister and three cousins to get snow cones when he was shot in his arm.

Born Antonio Nathaniel Davenport Jr., the 24-year-old rapper is being held at the Durham County Jail. He was reportedly already in custody and being held on charges from a domestic violence case.

Davenport is a member of the group 83 Babies, and one of Rich the Kid’s rap prodigies. In May, he told the outlet about the group’s lyrical skills: “Their cadences and flow are unbelievable,” he said. “They are for sure up now, not next.”

Rich the kid has his own bout of trouble earlier this year, when he was reportedly “robbed and pistol whipped” in a recording studio attack Tuesday afternoon in West Hollywood, TMZ reports.

As many as ten shots were fired during the incident at Westlake Recording Studio, and according to eyewitnesses, the man who opened fired was fleeing the studio when he started shooting behind him.

According to law enforcement sources, Usher was in the studio at the time of the robbery, but not harmed. Rich was reportedly the target of the crime and was outside when the incident popped off. According to TMZ, at least one bodyguard was severely pistol whipped while several entourage members were fired upon.

As far as the latest case involving Lil Tony, Rich the Kid hasn’t spoken out about it just yet.