The CEO of HBCU Network is launching the HBCU Go app which will showcase live broadcasts of Division I and II football and basketball games.

Mike Curtis
Curtis Symonds is the CEO of HBCU Network and a great champion of HBCU’s across the country. He’s the mastermind behind the new HBCU Go ap which offers live broadcasts of Division I and II football and basketball games for free. (Photo courtesy of Peter Klosky.cs)

In an era where the rewards of attending an HBCU are more apparent than ever, Black college athletes will soon have a platform to display their vast array of talents on a national scale.

Curtis Symonds, CEO of HBCU Network and a graduate of Central State University, is the mastermind behind the new HBCU Go app which offers live broadcasts of Division I and II football and basketball games for free. Along with the app, next year, Symonds plans to launch HBCU Go.TV, a streaming service that provides access to several channels of digital content, including live and recorded events that have been created and curated by current HBCU students.

Symonds matriculated his way through the cable television sales and marketing business as a senior executive at BET and then began to see the lack of exposure those playing sports at HBCU’s were receiving. It was enough to influence the next phase of his career inspiring him to create a platform to provide these schools with some much needed national exposure.

“I strongly felt that there was not a true outlet for HBCU’s,” says Symonds, who also worked at ESPN for eight years followed by 14 years at BET.

READ MORE: Enjoy the HBCU Experience During SpringComing in NYC

The concept of HBCU Network originated in 2011, and Symonds negotiated a deal with Comcast that would’ve offered him a linear channel, but when the company acquired NBC in 2013, he says the deal fell apart.

“I never wanted to let it die,” explains Symonds. “I called myself being ahead of the game and it kind of blew me when it happened because it broke everything up. It didn’t stop me though because I always had in my mind that I was going to do something in the HBCU circle.”

The media industry itself was shifting towards the digital era, and Symonds believed creating a channel that could be viewed on computers, tablets, and phones provided an enormous opportunity to reach more people.

Since its launch earlier this year, HBCU Go has gained approximately 2,000 users with a target of 25,000 by the end of 2019. The company’s current strategy is to tap into every HBCU alumni base across the nation.

“As with anything else, our culture drives awareness,” says Symonds. “So, I’m hoping if I can get a buzz out there and draw more awareness of what I’m doing, other people will jump on the bandwagon.”

Look for the app to also debut a new signature show in 2020 called “HBCU News on the Go,” which will highlight breaking news, entertainment and politics across various campuses, including any upcoming town halls during the 2020 presidential election. 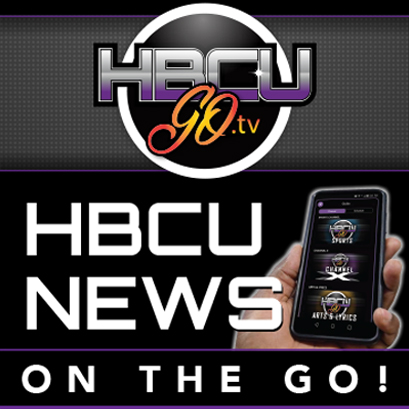 According to general manager Clinton Evans, HBCU Go staffers will be deployed to several homecoming celebrations at various HBCUs this fall to spread the word about the company and its offerings.

“Our app is really providing a voice for the voiceless,” says Evans. “There’s not one true destination for all things HBCU. It’s going to take some time for us, but I think once the HBCU community adopts and embraces what we have, you’ll start to see it grow.”

With nearly 100 HBCUs in the country, Symonds expresses a strong desire for high-profile, Black high school athletes to consider attending one.

Citing an article written by Atlantic staff writer Jemele Hill, which explains how the current generation of high school athletes is starting to understand their importance to collegiate sports, Symonds points out that their options are better than ever.

“All Black kids are looking for is exposure,” says Symonds, who is also a high school basketball coach in Virginia. “I tell people all the time, ‘Go to the NFL Hall of Fame and you’ll see that the majority of the Black players came out of HBCU’s.’ That’s a fact.”

All Black kids are looking for is exposure—Curtis Symonds

Pay me the Money

Paying college athletes for their performance is a topic that has gained serious traction in recent years. On Sept. 30, California Governor Gavin Newsom signed “The Fair Pay to Play Act,” a bill that grants college athletes the right to be compensated for their name, image and likeness, hire agents, receive money from their endorsements.

As a former Central State University basketball player, Symonds was thrilled to hear of Newsom’s decision to “step up” and reward students for their participation in collegiate sports.

“I think it’s been long overdue, I’m a big proponent of it,” says Symonds. “You know, the only thing that most people see is Saturday or Sunday, but they don’t realize the majority of college athletes today— even at PWI’s (predominantly white institutions) — are walking around going to McDonald’s to eat cause they ain’t got enough for food. Not to say in the least, their jerseys are being sold for big money and they can’t profit off of it. These kids need to be rewarded, so I’m totally for it.”

Often, student-athletes from HBCUs aren’t getting the attention or accolades from professional scouts and major media outlets and Symonds believes HBCU Go.tv could be the game-changing opportunity that helps scouts find and evaluate new talent.

“I feel very strongly that people — especially in the HBCU circle — are looking for another outlet that has some meaning behind it,” he says.

“And if we can get people watching, it’s going to do nothing but open up more doors. When people start seeing that students are providing the content, then it becomes even more meaningful at the end of the day.”

HBCU Go: A Hangtime Experience’s live-streaming service is slated to launch within the app and can be found in the App Store and Google Play in the first quarter of 2020 during the 75th anniversary of the CIAA Basketball Tournament.

Mike Curtis is a high school sports reporter for Syracuse.com. In addition to theGrio, he has written for Bleacher Report, The Tennessean and Fansided. Follow him on Twitter at @MikeACurtis2.