Trevor Noah slams Kanye West for being a hypocrite: You S**tting Me?

Is it reasonable for West to slam the same hip-hop culture he continues to benefit from? 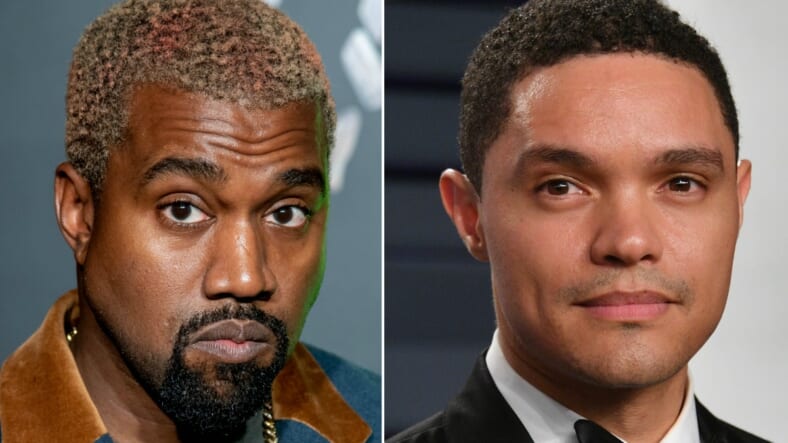 Kanye West is no stranger to controversy, but this week “The Daily Show” host Trevor Noah is calling b.s on the rapper’s recent criticism of hip-hop culture and pointing out some glaring hypocrisies in his stance.

Tuesday, a behind-the-scenes exchange between Noah and his team was released. In it, the South African comedian discusses how he felt while watching West promote his new gospel album Jesus Is King during an interview with radio show host Big Boy.

READ MORE: Kanye West’s gospel album drops this month but do we care?

Noah seemed flabbergasted by the appearance, particularly when the 42 year old emcee called out rap culture, which he opined focuses on “f***ing somebody else’s bitch,” buying luxury foreign-made cars and waxing poetic “about things that can get you locked up.”

“I was watching that, and I was like, are you sh**ting me?” Noah responded to what he believes is a glaring oversimplification. “Like, of all people. I’m not saying everything he’s saying is wrong, but you are gonna say it? You, as Kanye West, are gonna talk s**t about other rappers talking about buying ‘foreign?’”

“You, as Kanye West? ’I know Spike Lee’s gonna kill me, but let me finish, I’d rather buy 80 gold chains and go ign’ant,” Noah continued citing some of West’s most infamous lyrics.

Noah also addressed West’s claim that Black Americans have been brainwashed into voting for the Democratic party.

“What is more likely?” Noah asked. “The fact that these people are brainwashed, or the fact that, in America, you have to vote for the system that gives you the best chance? You only have two choices, and that does make it weird, but you only have two choices, and if you are a Black person you go, well, I’m going to vote for the choice that gives me the best chance of success.”