While she says he did not break up her marriage, her old friend didn't follow the proper code of conduct 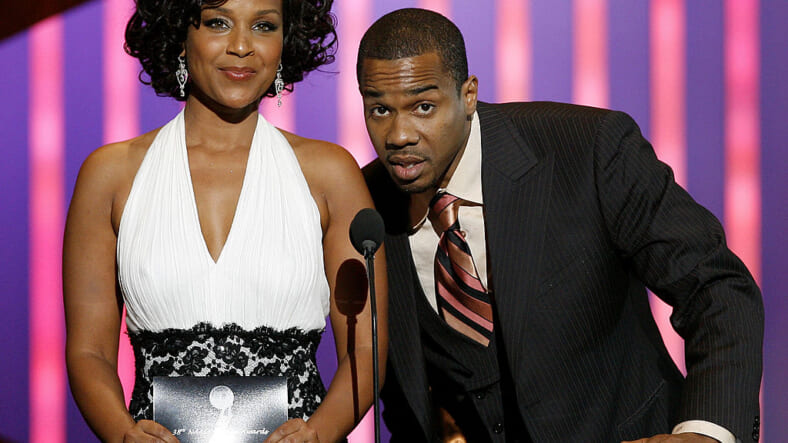 LisaRaye McCoy has some stuff to get off her chest.

The actress went on The Wendy Williams Show on Wednesday to explain why she is no longer friends with Duane Martin, her one-time co-star on All of Us whom she claims went to inappropriate places with her ex-husband, Michael Misick, a Turks and Caicos politician.

“I just know he’s not my friend anymore,” McCoy told Williams about Martin. “He was my brother, I called him my brother and for me, at the time, he was my example. Being a married couple, I wanted to be around them because I wanted (them) to show me how to be a new wife.”

READ MORE: LisaRaye McCoy spills tea on why she and Duane Martin are no longer friends

Martin was married to Tisha Campbell during the time of McCoy’s allegations. Martin and Campbell have since separated.

“He started being in places he shouldn’t have been, along with the shenanigans,” McCoy continued, referring to the places Martin and Misick would go. “I made it very clear we were not friends anymore, he was not welcome in my home anymore.”

But McCoy was emphatic about clearing the air on one misconception. She told Wendy that she doesn’t blame Duane for breaking up her marriage.

“Let me be clear, I never said Duane broke my marriage up, I said he was a friend of mine and he shouldn’t have been in places that he was in with my now ex-husband,” McCoy said. “I know that he cannot break up my marriage, no one can do that, you’re only responsible — you and your husband. But there’s a code of conduct you must have when you’re in a relationship and he broke that, he broke the friendship.”

READ MORE: LisaRaye On Nicole Murphy Response: ‘She Might Wanna Come See Me’

McCoy said even though she addressed Martin and told him he was not welcome in her home, he continued to drop in and go to the inappropriate places with Misick.

“When you tell a person, ‘You’re no longer my friend, if I see you, you don’t have to ever speak to me again, if you were on fire I wouldn’t spit on you. If I said these things to you, that means I no longer give a damn about you,’” McCoy told Wendy.

Wendy asked for specifics – whether Martin was hooking Misick up with other women – and McCoy reiterated that her ex and Martin were going places that they had no business going.

During the Wendy interview, McCoy also took aim at Nicole Murphy for allegedly lying about cheating with Misick and going after other married men. This past summer, McCoy tweeted what would become a viral response to photos showing Murphy kissing Antoine Fuqua: “Gurl @nikimurphy you went after @iamlelarochon husband too? … SMH so wrong … again!”

Murphy denies the accusation that she’s a cheater.

“It says I broke up someone’s marriage, which is absolutely false. I never did that,” Murphy told Wendy. “It’s not true.”

McCoy’s response on Wednesday was don’t make me show receipts.