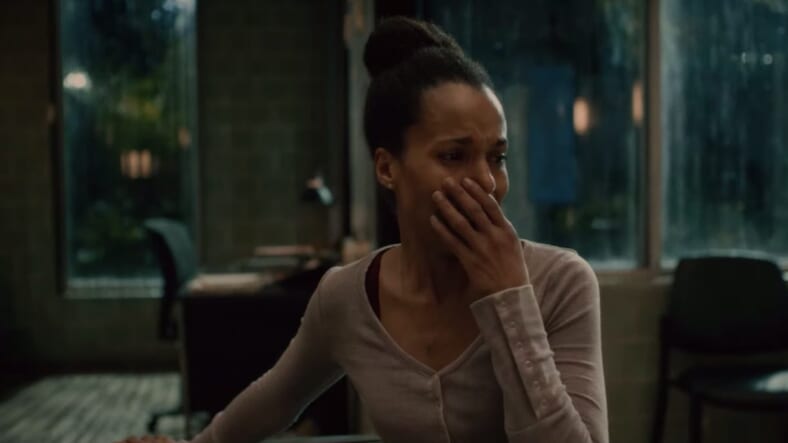 Now that Halloween is behind us, it’s time to settle in, wind down, and relax indoors where it’s warm and cozy. Luckily, Netflix is rolling out some content to complement our plans to cozy up and stay in the house.

Aside from some unmissable new offerings like American Son and Arsenio Hall: Smart & Classy, the streamer is dropping some classics we can’t wait to see again. From Cleopatra Jones and Money Talks to Getting Played and King’s Ransom, there are plenty of beautifully Black titles to choose from.

Here are 5 reasons this is the perfect weekend to Netflix & chill:

Based on the acclaimed Broadway play, American Son tells the story of Kendra Ellis-Connor (Kerry Washington), the mother of a missing teenage boy, as she struggles to put the pieces together in a South Florida police station.

Long before Larenz Tate was causing all the drama on POWER, he stole our hearts opposite Nia Long in this timeless tale of Black love.

This 2002 film never gets old and it has found a new home on Netflix. In it, Ace (Wood Harris) is employed by a Harlem dry cleaning shop, working hard to stay out of the drug business. While making deliveries, he meets Lulu (Esai Morales), a drug dealer who convinces Ace to join him, prompting him to recruit his friends Mitch (Mekhi Phifer) and Rico (Cam’ron), and the trio become major players in the Harlem drug underworld, a violent business that will test the friends’ loyalty and wits as the money rolls in and the dangers grow beyond their control.

In his first stand-up special, Arsenio Hall discusses getting older, the changing times and culture, social issues, and even bothersome baby toes.

The unusual film that’s based on truth follows Ellen Martin (Meryl Streep), whose dream vacation takes a wrong turn and leads her down a rabbit hole of shady dealings that can all be traced to one Panama City law firm, run by financially seductive partners Jürgen Mossack and Ramón Fonseca. In a shocking denouement, she soon learns that her minor predicament is only a drop in the bucket of millions of files linking off-shore drug trafficking, tax evasion, bribery, and other illegal enterprises to the world’s richest and most powerful political leaders. It features Jeffrey Wright, Nonso Anozie, Larry Wilmore, and Marsha Stephanie Blake.