One of the suspects tied to the death of Clark Atlanta University student, Alexis Crawford, has been charged with murder and is currently booked in Fulton County Jail in Atlanta, her roommate's boyfriend, Barron Brantley. 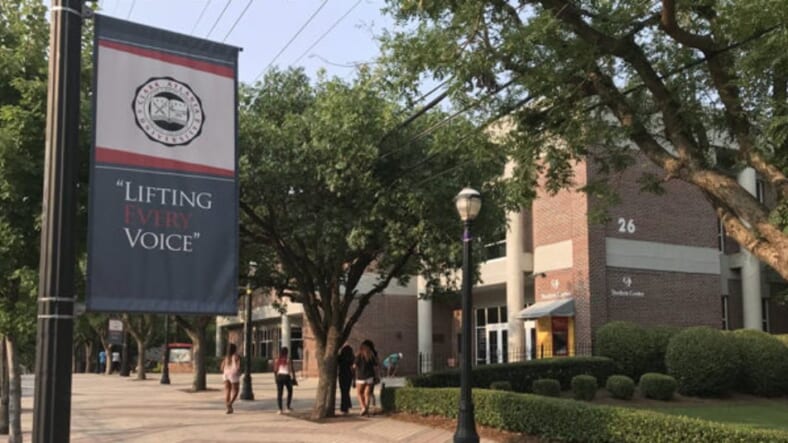 One of the suspects tied to the death of Clark Atlanta University student, Alexis Crawford, has been charged with felony murder and is currently booked in Fulton County Jail in Atlanta, her roommate’s boyfriend, Barron Brantley.

Police say 21-year-old Barron Brantley is one of the individuals responsible for Crawford’s death after her body was found in a park in DeKalb County after being missing for more than a week, according to 11alive.

The report also states that Crawford filed a police report before she went missing stating that she had experienced unwanted advances from Brantley, according to authorities.

“While a motive has not been clearly established, the department did take a police report from Alexis Crawford on October 27, and this is a few days prior to her being reported missing,” Shields said. “In this report, Alexis described unwanted kissing and touching from Barron Brantley.”
The report also reveals that Crawford’s roommate and ‘friend,’ Jordyn Jones, is also a suspect in connection to Crawford’s death. Brantley is Jones’s current boyfriend.

Suspects in the death of #CAU senior #AlexisCrawford Jordyn Jones and Barron Brantley. She reported them 3 days before she went missing and was found dead today in a Dekalb park. ?? #RIP ? BE CAREFUL WHO YOU ROOM WITH & CONSIDER “friend” ESPECIALLY COLLEGE STUDENTS! pic.twitter.com/xf59Vi8juU

— MISSING: Clark Atlanta student hasn’t been seen in almost a week
Jones informed authorities that she had last seen her roommate on November 1 around midnight, but not see Crawford the next day. Items such as Crawford’s iPhone, identification and debit card were missing from their department.
Crawford’s family members are sadly grieving from the news her death, CNN reports.
“Alexis’ mother was literally unable to speak. All that she could do was listen as I tried to console and comfort her,” Rev. Markel Hutchins said, who is “advising the Crawfords”. “Alexis’ father said, ‘If they wanted to take somebody’s life they could have taken mine. They didn’t have to kill my baby, they didn’t have to kill her.”
Atlanta Police Chief, Erika Shields has sent her condolences to Crawford’s family
“The case has come to one of the saddest conclusions possible and has been absolutely heartbreaking,” the chief said. “To Alexis’ family, our hearts go out to you. I am so truly sorry that we could not provide you with a better ending.”