O.J. Simpson on Thursday filed a lawsuit against a Las Vegas hotel-casino for defamation after employees informed news site, TMZ, that the former pro football player was kicked out for being “belligerent” in November 2017. 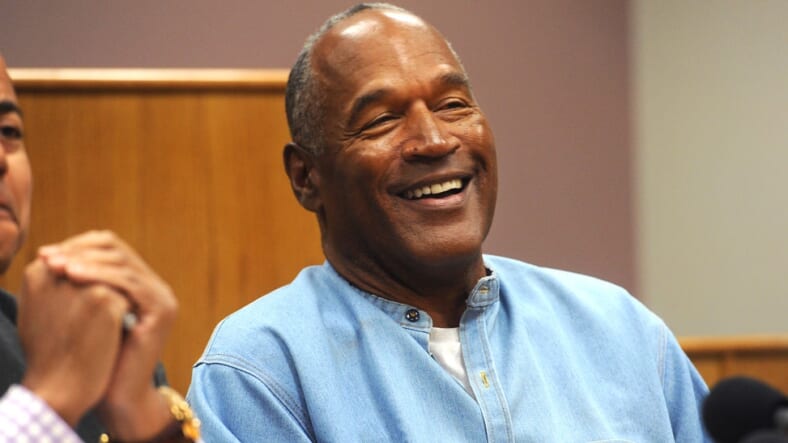 O.J. Simpson on Thursday filed a lawsuit against a Las Vegas hotel-casino for defamation after employees informed news site, TMZ, that the former pro football player was kicked out for being “belligerent” in November 2017.

Employees of The Cosmopolitan of Las Vegas told the outlet that Simpson was acting “drunk, disruptive and unruly” which led him to be banned, according to USA Today.

Simpson sued the corporate owner of the hotel-casino, Nevada Property 1 LLC. The complaint states that he and two of his friends received a notice from a security guard after eating at the STK Las Vegas and visiting the Clique bar after, according to the Las Vegas Review-Journal.

The notice stated that Simpson could not return to the property, although Simpson revealed that he was never provided a reason. The lawsuit revealed that he had been to The Cosmopolitan many times.

Simpson, who was described as a “well-known public figure” who “has experienced various legal problems” in the suit denied being “belligerent,” breaking glass or damaging property.

“To date, the Cosmopolitan has never issued any public rationale or reasoning for trespassing Simpson from the property, other than claiming it was ‘private’ property the night of the issuance of the trespass notice,” according to the complaint.

— Legal settlement over Las Vegas shooting worth up to $800M

Simpson’s attorney, Malcolm LaVergne claims that his reputation was “damaged by the allegations” which lead him to take a drug and alcohol test by his parole officer

The next day, Simpson completed a drug and alcohol test for his parole officer. The Nevada Department of Parole and Probation later found that Simpson had not violated any terms of his probation and “determined that the Cosmopolitan’s assertions against Simpson were false,” according to the complaint.

Thursday’s complaint alleged that The Cosmopolitan fabricated the story of Simpson becoming belligerent to keep him off the property and to “paint Simpson in a false light by defaming and embarrassing him.”

According to the complaint filed Thursday, Simpson seeks at least $30,000 and undetermined punitive damages and attorney’s fees. Simpson, on parole in Nevada for a 2008 conviction for armed robbery and assault with a weapon.