Why was a weapon drawn in Irv Gotti’s sex talk with his daughter’s boyfriend? 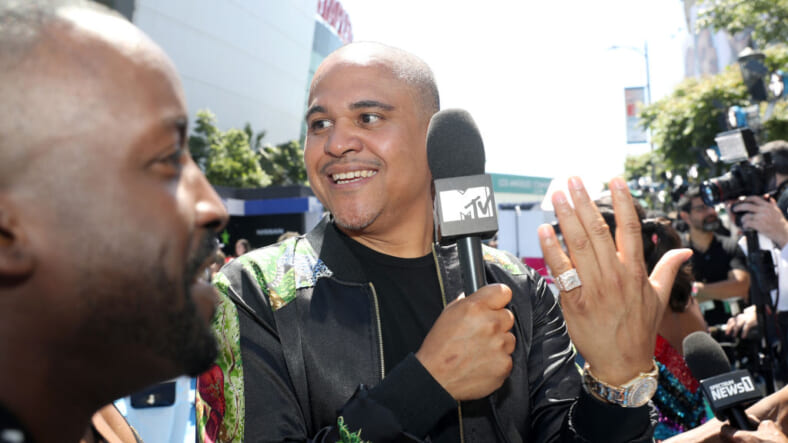 Apparently Irv Gotti’s parenting perspectives don’t stray that far from T.I.’s, which  received heavy backlash, because this week the CEO and co-founder of Murder Inc. revealed to TMZ that when he had the sex talk with his daughter and her boyfriend, somehow a gun was involved.

Gotti told the website, “It was funny because I pulled a gun out on him. But I was only joking!.. I have a great relationship with her boyfriend.”

He also explained that he was candid with his daughter about pleasurable sex can be but also informed her that he trusted that she was equipped to make her own decisions in regards to her sexual health.

Last week, rapper T.I. has sparked public backlash after admitting in an interview on the Ladies Like Us podcast that he accompanies his 18-year-old daughter Deyjah Harris to her gynecologist to make sure her “hymen is still intact.”

“This is the thing. Deyjah’s 18, just graduated high school now and she’s attending her first year of college, figuring it out for herself,” he said. “And yes, not only have we had the conversation, we have yearly trips to the gynecologist to check her hymen.”

When TMZ ran into Gotti in West Hollywood to ask him about the public outcry, the 49-year-old said while he definitely wouldn’t take a page out of T.I.’s parenting handbook but that doesn’t mean Tip should get dragged for his revelation.