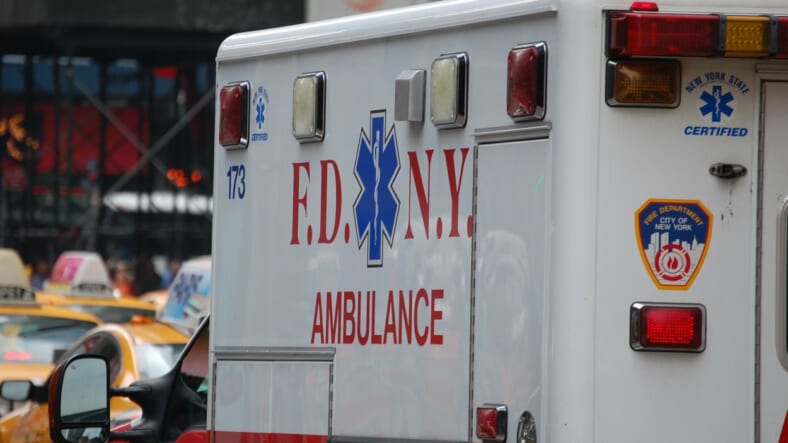 As Janette O’Sullivan’s decaying body lay in her East Harlem apartment, nobody bothered to check on her and it was 10 days before anyone discovered it according to her close friend.

Megan McCutcheon, her self-described neighbor and best friend, said O’Sullivan’s body was splayed across her bed, as if “on a cross,” and her cell phone was missing when police discovered her body on Oct. 25. The stench was so strong “you could taste death,” another neighbor told the New York Daily News.

At the time of her death, O’Sullivan, 28, was transitioning from a man to a woman, the Daily News reported. She reportedly went by the name Jabari at times when she wanted to be identified as a man. She also attended Baruch College and enjoyed writing and stand-up comedy.

According to the city medical examiner, autopsy results are pending further review, however so far, police believe O’Sullivan died due to sickness or substance abuse, sources told the newspaper.

McCutcheon is suspicious of her friend’s death.

“He had a person in his apartment, and he came down to escort another man in a hoodie upstairs,” McCutcheon told the Daily News, referring to O’Sullivan as a man. “It’s suspicious.”

Rest in power, Janette O’Sullivan, a Black trans woman and sex worker who died in her home in East Harlem. #BlackTransLivesMatter https://t.co/21o0y8yCH3

An employee told the Daily News they tried.

“We kept trying to reach her for four or five days but there was never any answer,” the employee told the newspaper.

A Good Shepherd spokeswoman told The Daily News she was saddened to hear of O’Sullivan’s death and described it as “devastating to us all.”

“Our residents are part of the Good Shepherd Services family, and we give them all of the care and compassion we can,” the spokeswoman told the newspaper. “We are doing all we can to support our residents and staff during this time, and we continue to extend our compassion and deepest condolences to her family.”