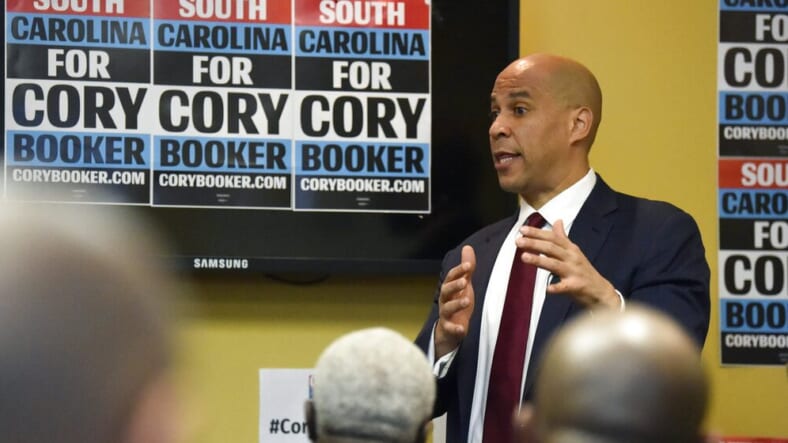 By THOMAS BEAUMONT Associated Press
DES MOINES, Iowa (AP) — Democratic presidential candidate Cory Booker, facing the prospect of not qualifying for this month’s debate, made a direct appeal on Thursday to supporters of former rival Kamala Harris. He tried to make the case that he is now the lone contender able to appeal to the diverse group of voters who twice put Barack Obama in the White House.

“This election is about something deeper than any candidate,” he told about 100 supporters in Des Moines, Iowa’s capital. “It’s about how we can inspire the diverse coalitions we need to inspire.”

His comments came two days after Harris, a California senator, suspended her campaign after determining she lacked the financial resources to keep going. Harris and Booker, a New Jersey senator, are black.

For now, only white candidates have met the polling and donor thresholds to participate in the Dec. 19 debate.

“Now more than ever we need leaders that are connected to the struggle of people,” Booker said as he bemoaned the dwindling diversity of the Democratic field.

Booker has a robust organization in Iowa, where voters will kick off the Democratic contest in less than two months. But he has struggled to rise above the low single digits in national polling or surveys in Iowa.

The 50-year-old Booker, who is known for his upbeat style, asked his audience in Des Moines and those following live to answer the phone when pollsters call. The alternative, he said, would be a Democratic debate, and perhaps soon a lineup of candidates, bereft of any racial or ethnic diversity.

“It’s a problem,” Booker said, to lose a presidential candidate such as Harris, who is “an immensely qualified, widely supported, truly accomplished black woman running to lead the party.”

Democrats’ success in the 2018 elections was due in part to a resurgence of African American women.