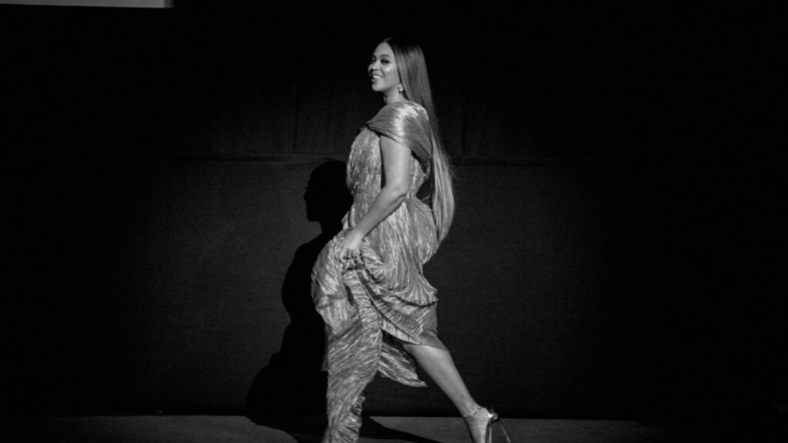 Queen Bey has blessed us with another stunning magazine cover this year. The multi-talented entertainer is featured in the January 2020 issue of Elle, where she gets personal about her life and also shares her new IVY Park x Adidas collaboration with the world.

In a surprisingly personal interview, Beyoncé Knowles-Carter answers questions that the Beyhive has been dying to know ranging from her shopping habits to what stresses her out and more.

Check out three new things the world has learned about the 38-year-old icon below:

Just like us, Beyoncé also struggles with balancing life and work:

It’s hard to believe, but the mother of three shares that she too, struggles with handling her responsibilities as a mom and a wife, while also being the star that she is. She’s no exception.

“Making sure I am present for my kids—dropping Blue off at school, taking Rumi and Sir to their activities, making time for date nights with my husband, and being home in time to have dinner with my family,” Knowles-Carter reveals in the interview in Elle. “Juggling all of those roles can be stressful, but I think that’s life for any working mom.”

Beyoncé wants us all to get off her ovaries

Ms. Knowles-Carter is tired of us asking whether she’s pregnant or not. That’s one thing that annoys her the most. She shares a public service announcement: Get off my ovaries!”

Although the Internet is always asking questions about her body, she reveals that she is the most confident about her body than she has ever been.

“Children and maturity have taught me to value myself beyond my physical appearance and really understand that I am more than enough no matter what stage I’m at in life,” she says in the interview. “Giving zero f—s is the most liberating place to be.”

Having reached so many major milestones already during her lifetime, Queen Bey says she’s not really focused on receiving awards or being “number one.”

“Success looks different to me now. Having miscarriages taught me that I had to mother myself before I could be a mother to someone else,” she says. “Then I had Blue, and the quest for my purpose became so much deeper. I died and was reborn in my relationship, and the quest for self became even stronger.”

Beyoncé continues to prove why she reigns supreme.

READ MORE: SNUBBED? Beyonce gets no Emmy love for ‘Homecoming’

To learn more about Queen Bey from her interview with Elle, be sure to pick up the print issue on Dec. 17. Her IVY PARK and Adidas gender-neutral line will also be released next year on Jan. 18.