Obama says they agree on what's most important in life: love and compassion. 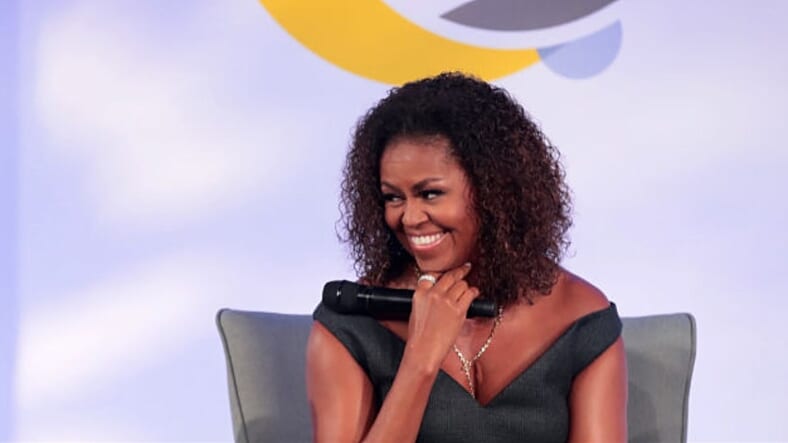 In a recent sit-down interview from Vietnam, Former First Lady Michelle Obama sat down for a Today Show interview with co-host, Jenna Bush Hager to discuss a number of topics from the plight of girls in that country to her controversial relationships with Bush Hager’s grandfather and former President George W. Bush and comedian Ellen DeGeneres as well as the association that all three have with one another.

Obama revealed that in part, her New York Times Best Seller, “Becoming,” was about developing real relationships with people who have made it easy enough for us to “drop our guards” and “become vulnerable and that vulnerability allows us to share our true stories with each other, not the stuff on the surface,” said Obama.

Watch part two of @MichelleObama’s interview with @jennabushhager about dropping her youngest daughter off at college, the 2020 election and her special friendship with former President George W. Bush. pic.twitter.com/wz9ZBAtpG6

“Like the stuff that really connects us – how we were raised, the values around the dinner table, the things that made us scared, the things that gave us courage. When we share that truth, we can see ourselves in each (other).”

Mrs. Obama said she’s had moments like that with President Bush.

“Your dad is someone that, you take the politics out of it, I had the opportunity to sit by your father at funerals – the highs and the lows – and we shared stories about our kids and about our parents. Our values are the same,” she explained.

Mrs. Obama went on to say she believes that this is still inherent to many people in the country.

“I think that’s true for all of us, it’s just that we get lost in our fear of what’s different so yeah we’ve got to work on that,” she added.

Bush Hager was in Vietnam chronicling the former first lady’s tour promoting education for girls and young women. The conversation continued with actress Julia Roberts who sat with Obama to discuss local efforts around the Girls Opportunity Alliance whose goal is to highlight the importance of helping adolescent girls to stay in school.

READ MORE: She’s Just Like Us: Michelle Obama had insecurities that her 2019 book and tour would be a flop

Obama added that she believes we can all learn from each other’s differences and is a quality that younger generations are embracing more fully than older generations.

“They know more than we did – social media is opening people up to new ideas to each other,” she said explaining that younger people are more often “open-minded and secure in who they are.”

“It has to begin with us to be vulnerable so we’re not strangers with each other,” she added. “That takes work and commitment.”