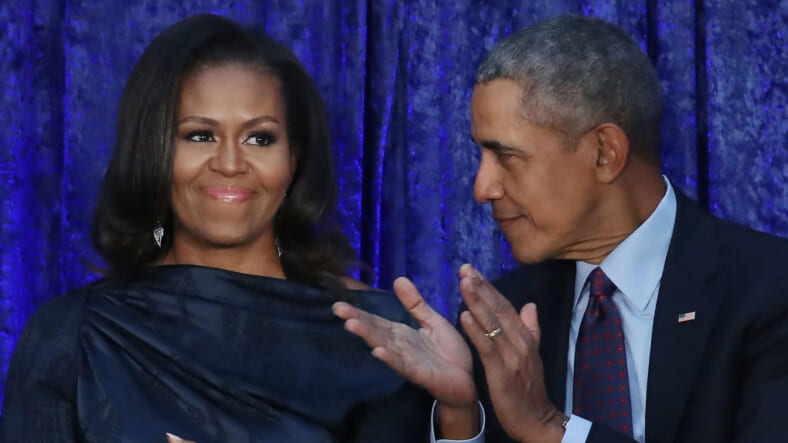 The Obamas’ first project from their Higher Ground Productions called American Factory, starts streaming on Netflix today and Donald Trump may not like what he sees.

—The Obamas announce details of their slate of projects with Netflix—

Though the documentary doesn’t directly mention Trump, the film reportedly explores the questionable pledges he made during his presidential campaign to resuscitate the manufacturing industry in Ohio.

According to the official description: “The docu focuses on post-industrial Ohio, where a Chinese billionaire opens a new factory in the husk of an abandoned General Motors plant, hiring 2,000 blue-collar Americans. Early days of hope and optimism give way to setbacks as high-tech China clashes with working-class America.

The filmmakers capture every key moment in this high-stakes intercultural chess game, revealing how American and Chinese workers view themselves within systems of authority. It’s a collision of the future of American labor and Chinese economic dominance, all within the confines of a factory in Ohio.”

The filmmakers were allowed behind the scenes at Fuyao. The Fuyao founder and chairman Cao Dewang complained about the workers saying “American workers are not efficient. Output is low, I can’t manage them.”

Barack and Michelle Obama sat down with the filmmakers to talk about the series.

A good story gives you the chance to better understand someone else’s life. It can help you find common ground. And it’s why Michelle and I were drawn to Higher Ground’s first film, American Factory. Take a look at our conversation with the directors, and check it out on Netflix. pic.twitter.com/KzkYFqjrFV