Mom says it is easy to talk about her daughter, says 'She is the greatest gift to me' 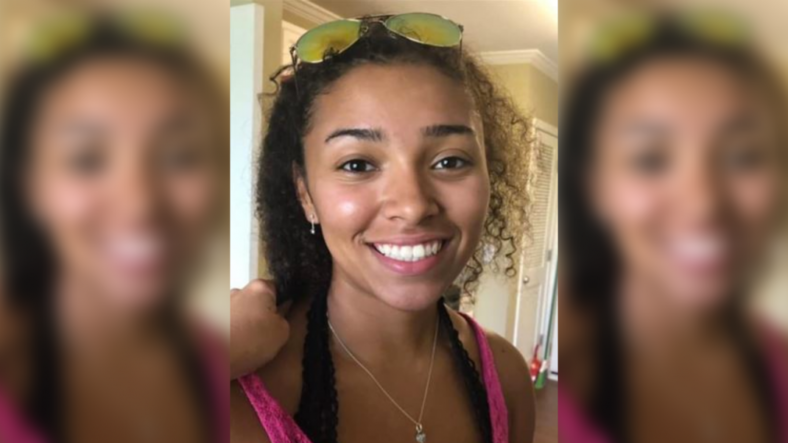 Dozens of mourners decided to spend the weekend before Christmas showering Aniah Blanchard‘s family with love and support.

On Saturday, Blanchard’s family held a “celebration of life” to honor her memory at the Faith Chapel Christian Center in Birmingham, Ala. According to ABC News, some supporters had even traveled from Blanchard’s hometown of Homewood, Ala. to attend the memorial service. Attendees wore the color baby blue, which was Blanchard’s favorite color, and black.

Blanchard’s mother, Angela Haley Harris, spoke to friends, family and even strangers that were touched by Blanchard’s story

“It’s easy for me to talk about Aniah, she is my mini-me… I gave birth to her on my birthday,” Harris said. “She is the greatest gift to me.”

Throughout the two-hour service, many people who knew her consistently talked about 19-year-old Blanchard’s infectious “light.”

“Aniah had a light that you wanted to be around. The light she had every day of her life is still here and is still being shared,” Hannah Haley, Blanchard’s cousin, remembered.

Blanchard’s stepfather, UFC fighter Walt Harris, also spoke to fellow mourners about how his stepdaughter encouraged him in his career.

“Aniah is my biggest fan. She would always tell me when it came to my career it will be okay, you gotta keep going,” Harris said. “So now I have to go strong for the other kids… Glad to have her in my life and how she had an impact on my life.”

Harris was the resounding voice that brought national attention to Blanchard’s Oct. 23 disappearance from an Alabama convenience store. After an extensive search, her body was found on Nov. 25. Ibraheem Yazeed, 30, has been charged in her abduction of murder.

READ MORE: Teenager might have staged kidnapping because she didn’t want to move

According to ABC, authorities believe Yazeed, who is facing capital murder charges, may have killed Blanchard after she tried to reach for his gun. David Johnson Jr., 63, and Antwon Fisher, 35, have also been charged in the case.