Rapper YG apologizes to LGBTQ community for past offensive posts

Is his apology sincere or is he saying he's sorry to get in the good graces of girlfriend Kehlani? 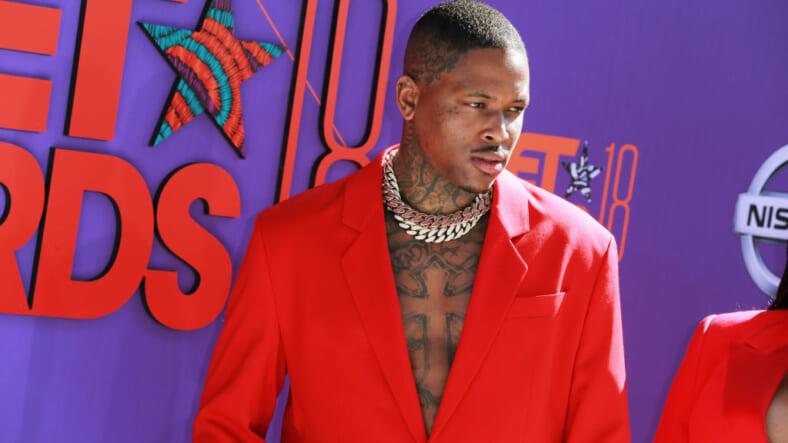 California rapper YG hasn’t wasted any time so far this year apologizing to the LGBTQ community he once offended.

Early New Year’s Day, YG, whose birth name is Keenon Daequan Ray Jackson, took to Twitter to apologize for his “ignorant” past views on LGBTQ people, saying he’s particularly sorry for anything that was not “respectful” or “accepting.” YG signed off on the Tweet: “Live. Love. Ya Life. Gang!”

What prompted the apology is unknown, but some fans wrote in their support for his willingness to change direction.

it’s been brought to my attention that my old views on life was ignorant. i apologize to the LGBTQ kommunity for ever komin across like i was anything but respectful and accepting.
Live. Love. Ya Life. Gang!

“Great way to start a year by acknowledging wrongs as you also indirectly teaching all these millions following you,” wrote @kuliroberts. “Don’t know u but proud of u. Don’t stop exposing all you learn too and help make the world a safer place for everyone.”

????????Hercules, Hercules!
Great way to start a year by acknowledging wrongs as you also indirectly teaching all these millions following u.

Don’t know u, but proud of you. Don’t stop exposing all you learn too and help make the world a safer place for everyone
?????

“You know what that is? Growth,” added another user.

But some weren’t buying the Compton native’s sudden change. A man who goes by the Twitter name Oprah’s son @WHOTFIsDaquan said YG’s relationship with Kehlani, who is queer, and his desire to “appease” her is the real reason behind the tweet.

He only saying that to appease to kehlani ???

YG and Kehlani reportedly are an item, having confirmed their coupledom last September, according to Complex. But in October, YG was caught on video kissing another woman outside of an LA nightclub. At the time, his team told The Shade Room: “He was drunk, got carried away and it was very regretful for putting himself in that situation and hurting Kehlani. He has no romantic connection to the girl, just a drunken moment carried away.”

Kehlani also professed her love for YG on her song titled “You Know Wassup.”

“You’re still my love/You’re still my heart/That’s still my dick/ Still wanna be Mrs. Jackson,” she sings. “Waited five years to be on the team/Look damn good f—in’ with me.”