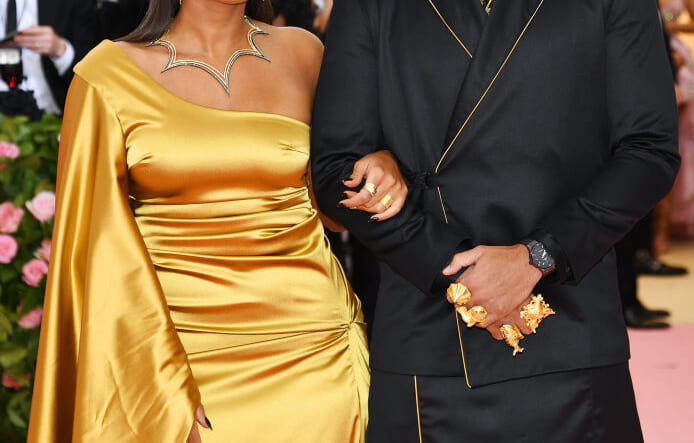 Nessa Diab, radio personality and girlfriend of Colin Kaepernick took to Twitter on Tuesday to share her displeasure about Donald Trump’s campaign being allowed to purchase ad time during the upcoming Super Bowl.

Nessa did not shy away from criticizing the president, the NFL or the NFL Commissioner Roger Goodell about the news of the $10 million re-election campaign ad.

“You see how this works?” Nessa wrote on her Twitter account. “Trump and his @NFL buddies from team owners & @nflcommish have a code they stick by. That code blackballed @kaepernick7 for peacefully protesting systematic oppression. Trump to drop $10 million on Super Bowl ad.”

You see how this works? Trump & his ⁦⁦@NFL⁩ buddies from team owners & ⁦⁦@nflcommish⁩ have a code they stick by. That code blackballed @kaepernick7 for peacefully protesting systemic oppression.

Kaepernick, who is a former NFL quarterback, received much criticism for kneeling during the national anthem to protest against police brutality, Newsweek reports.

Nessa along with many others believe Kaepernick’s form of protest is the main reason he hasn’t been signed to a team since 2016.

Trump was amongst those who criticized Kaepernick for his activism. The belligerent politician even said that players who knelt during the national anthem “shouldn’t be playing” following a policy the NFL enforced requiring players to stand during the anthem when they are on the field, according to the site.

Kaepernick signed a collusion grievance last year with the NFL, regarding his claim that he hasn’t been able to play for the league because of his activism. But the former football player has still yet to be signed to a team, although the league and Goodell said “they are open” to Kaepernick being signed to a team.

READ MORE: Why Jillian Michaels is dangerous and can (sincerely) kiss my big beautiful Black a**

“The code” Nessa may be referring to is the relationship between Trump and the NFL, and the league allowing the president to have 60 seconds of air time during one of the most-watched TV events in the United States.