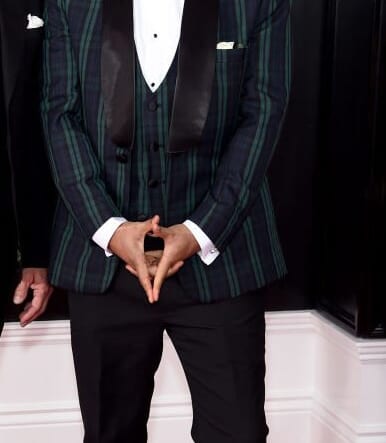 Reggae star Shaggy (on R.) admitted that he passed on the opportunity to collaborate with Rihanna on her next album (Photo by Jamie McCarthy/Getty Images)

While fans are anxiously waiting for Rihanna’s ninth album to drop, new information revealed this week that veteran reggae singer Shaggy will not be featured on the album.

The 51-year-old artist said he passed on the opportunity to work with Rihanna, 31 because he was not interested in auditioning to be on a record, People reports.

“They approached me for the Rihanna project, yeah,” said during an interview with British newspaper The Daily Star. “There’s a lot of great people involved but for me, I didn’t need to audition to be on the record, I’ll leave that to younger guys. But from what I hear, it should be good.”

Although we will not be hearing the artist on the highly anticipated album, Shaggy did reveal that he supports that musicians being inspired by the dancehall genre, the site reports.

As an artist,  Rihanna has never shied away from her Carribean roots with songs like “Work” and “Man Down” from her previous albums, and it looks like she will also include some reggae songs in her upcoming project.

She revealed to Vogue that the album will be “reggae-inspired or reggae-infused.”

“It’s not gonna be typical of what you know as reggae. But you’re going to feel the elements in all of the tracks,” she explained. “Even though I’ve explored other genres of music, it was time to go back to something that I haven’t really honed in on completely for a body of work.”

READ MORE: Rihanna is not Jamaican but Twitter has decided to convince us otherwise

Rihanna has been teasing fans for a while now about when she will be dropping the album, and they have made it all unclear that they are getting impatient.

She teased her fans in December with a video of puppy bobbing its head to the song, “Jump Around,” by House of Pain.

She posted the video with the caption, “update: me listening to R9 by myself and refusing to release it.”

update: me listening to R9 by myself and refusing to release it