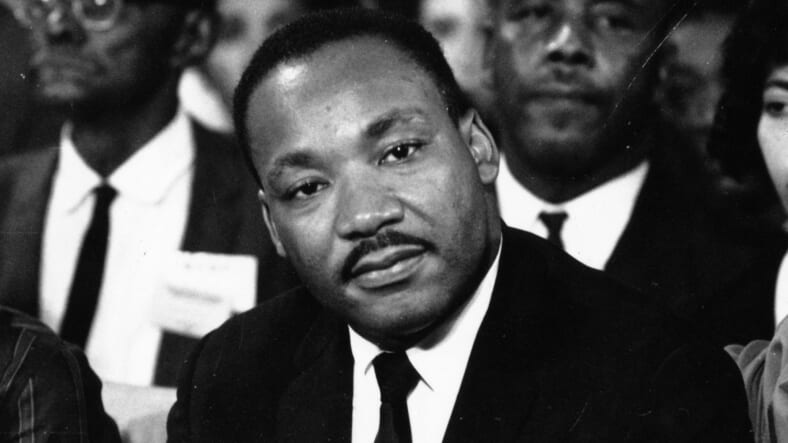 The violence that Dr. Martin Muther King Jr. stood against for has reared its head once more and this time, it will interfere with plans to remember the slain civil rights icon.

“It is with a heavy heart that I am announcing the cancellation of the annual Martin Luther King Day Vigil and Day of Advocacy,” Haas says in an issued statement. “We have chosen to cancel the event due to the ongoing, credible threats to public safety that have been promoted and encouraged by gun extremists.”

The Armed Insurrectionists, a group of “heavily armed white supremacists,” are seeking to attend the vigil to incite violence, prompting The Virginia Center for Public Safety, the Coalition to Stop Gun Violence, and the Educational Fund to Stop Gun Violence to cancel the event. The organizations have collectively hosted the event for the last 28 years and noted that advocates have “faced armed individuals trying to intimidate us each year.”

“Our organization has decided that the safety of our volunteers, advocates, and staff, many of whom are survivors of gun violence, must be our top priority,” Haas says in the press release.

Haas addressed the current climate following the results of the 2019 election in Virginia in which “people of the Commonwealth voted for stronger gun laws” and citizens in their efforts to protect their First Amendment rights with the message promoting the mindset of “the people with the guns make the rules.”

“Given the serious concerns about possible violence on Monday, we recognize that we can not guarantee the safety of the brave gun violence prevention activists and survivors who have fought so hard for this day. We are an organization that strives to promote public health and safety, and we cannot in good faith lead our supporters — some of whom are children and teenagers — into a violent, dangerous situation. We refuse to engage with those who seek to physically harm us,” the statement read.

It continued by insisting that the armed intimidation was a threat to public safety and democracy. Still, it was stressed that there would be safer gun violence prevention by the end of the legislative session in Virginia. Such measures would include universal background checks and Extreme Protection Orders.

Despite the cancellation to honor the late civil rights activist, who would’ve turned 91 on January 15, Haas says despite the efforts to dismay those who stand to make a difference will stand strong regardless.

“We will continue to fight for the rest of this legislative session with the data, facts, research, and the strong belief that we will succeed and save lives in Virginia.”