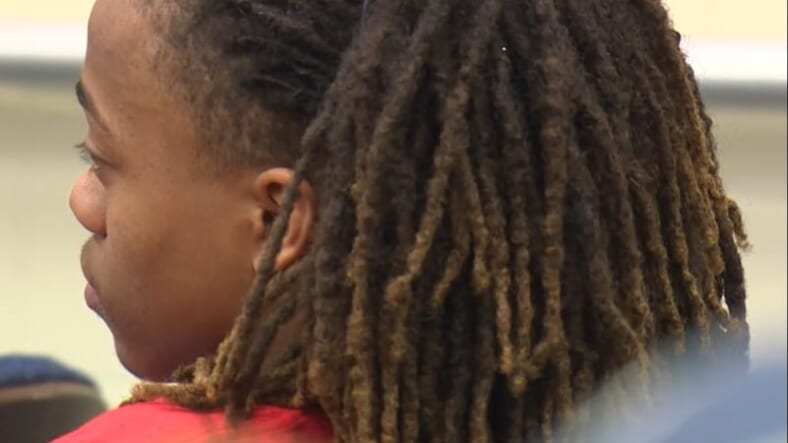 Deandre Arnold transferred school districts after his high school forced him to choose between keeping his dreadlocks and participating in his graduation. (KHOU)

A Texas teenager is being faced with the difficult decision to either cut off the locs he’s been growing since he was in the seventh grade or be banned from his own high school graduation ceremony.

According to a local NBC affiliate, Deandre Arnold, who lives in the Houston suburb of Mont Belvieu, previously had an agreement with the Barbers Hill independent school district that allowed for his hair to be treated as an exemption to their dress code policy because of its spiritual and cultural significance.

Over the last 10 years the agreement has been upheld with no issue, but unbeknownst to the Arnold family, an amendment was recently made. As a result, upon his return from Christmas break, the 18-year-old was unexpectedly placed on in-school suspension at Barbers Hill High School because his hair was too long. He was also informed he couldn’t walk during graduation until his dreadlocks were cut short enough to meet the district’s revised policy.

This week during the Barbers Hill Independent School District board meeting there is a clear divide about if the actions against the teen are warranted or even reasonable.

“You are in violation of the 1964 Civil Rights Act as it pertains to religious beliefs,” Gary Monroe, who is with United Urban Alumni Association, informed board members while explaining his opposition to the dress code.

“Let’s stop with the dress code. This not about dress code, this is about policing Black boys,” opined one of the many activists who took the podium during Monday evening’s gathering.

“I won’t stand for anybody bullying my child. He has rights. All he wants to do is graduate,” said David Arnold, who believes the way the school board is treating his son should be considered a form of bullying.

Despite the outcry from the community, the board still opted not to place the topic on the upcoming agendas for further discussion.