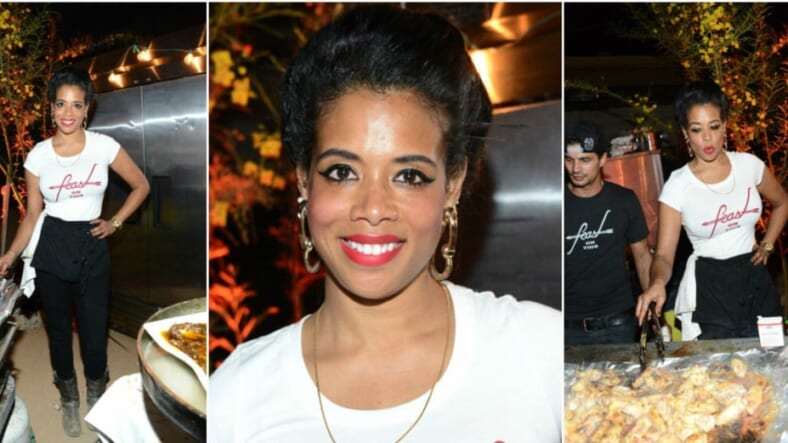 Singer Kelis has always been marketed as a “tell it like it is” badass, but this week the entertainer came clean about a secret she’s been keeping about the Neptunes all these years.

During an explosive new interview with The Guardian, the 40-year-old opened up about the beginning of her career and her critically acclaimed collaborations with Pharrell Williams and Chad Hugo’s chart-topping production duo.

READ MORE: Kelis just bought a farm to take her food empire to the next level

“I thought it was a beautiful and pure, creative safe space,” Kelis recalled of what it would be like to work with Williams and Hugo on her debut, Kaleidoscope, yet says she ultimately discovered,  “it ended up not being that at all.”

“I was told we were going to split the whole thing 33/33/33, which we didn’t do,” she elaborated, now opining that she believes she was “blatantly lied to and tricked,” by “The Neptunes and their management and their lawyers and all that stuff.”

She also maintains she made nothing from sales of her first two albums, which they both produced, noting that for years she didn’t even notice the financial discrepancy because her touring revenue was keeping her afloat.

“Just the fact that I wasn’t poor felt like enough,” she now admits about her naiveté.

Once she did realize that she wasn’t being paid in full though, she claims she was told, “‘Well, you signed it.’ I’m like: ‘Yeah, I signed what I was told, and I was too young and too stupid to double-check it.’”

Kelis said that although there remains a “mutual respect” of sorts between she and Williams, them working together in the future is unlikely.

“He did that thing to me that he’s notorious for, which is making a nod from the stage [to someone in the audience], so it seems like there’s mutual respect, when in reality … I’m like, ‘OK, I’m not going to yell back: You stole all my publishing!’ So you end up nodding back and everyone thinks everything’s great. Like, whatever.”