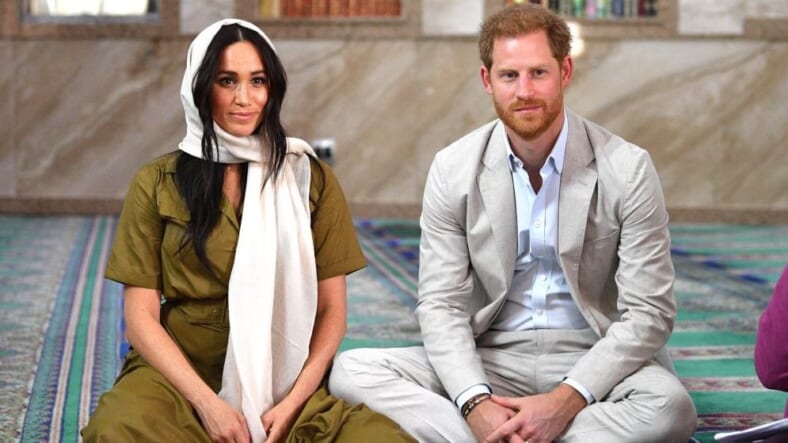 CAPE TOWN, SOUTH AFRICA - SEPTEMBER 24: Meghan, Duchess of Sussex visits Auwal Mosque on Heritage Day with Prince Harry, Duke of Sussex during their royal tour of South Africa on September 24, 2019 in Cape Town, South Africa. Auwal Mosque is the first and oldest mosque in South Africa and for the Muslim community, this mosque symbolises the freedom of former slaves to worship. (Photo by Tim Rooke - Pool/Getty Images)

When news broke that Meghan Markle and Prince Harry were moving to North America, their fans stateside were let down that they chose Canada instead of America. But now it appears the newly emancipated couple may be making their way to the U.S. after all.

According to Cosmopolitan, a source close to the couple reports, “They have started to look at homes online and are in the process of interviewing security teams. They are getting their ducks in a row and seeing if it’s logistically possible. They’ve reached out to people in L.A. and would like to assemble a team of locals.”

The source also claims that upon returning to her home turf, Markle, “would like to be able to do meetings at the house and also be able to host friends and entertain. Those are two things that are important to her.”

Earlier this month, Us Weekly broke the news that the former actress was actively seeking out representation, with another source stating, “It can be a manager or an agent, but she’s reaching out to people to find someone to represent her for future professional projects.”

Meghan Markle and Prince Harry Are ''Hoping'' to Spend Their Summer in Los Angeles https://t.co/6IXGtQaM2u

In her first statement on Meghan and Harry’s future as royal family members, Queen Elizabeth II initially stated said that the couple would be splitting up their time between Canada and the UK during their transition period.

“It has therefore been agreed that there will be a period of transition in which the Sussexes will spend time in Canada and the UK,” she said. “These are complex matters for my family to resolve, and there is some more work to be done, but I have asked for final decisions to be reached in the coming days.”

But they have been decidedly more vague in their own statements, instead stating, they’d be balancing their time “between the United Kingdom and North America.”

That slight but important distinction has lead many to now speculate that plans to return to the U.S were in the works all along.