SUNDANCE 2020: Here’s why ‘Charm City Kings’ was our favorite film of the festival 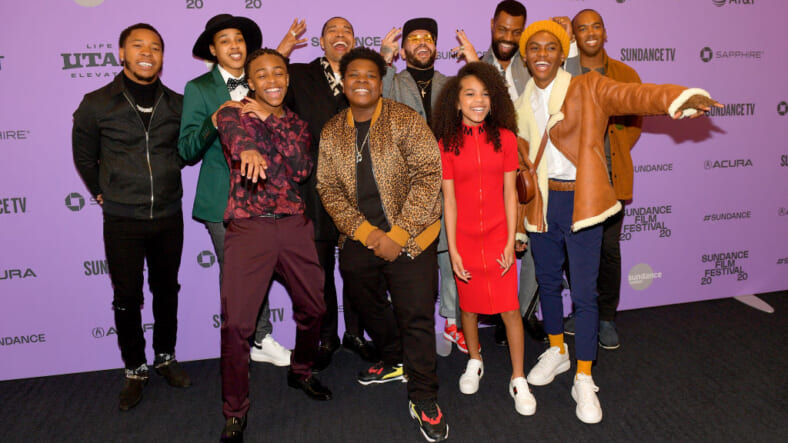 The 2020 Sundance Film Festival featured some fantastic films but nothing had our hearts racing, breaking, or soaring like Charm City Kings.

Check out the synopsis:

Growing up in West Baltimore, teenage Mouse (Jahi Di’allo Winston) known for roles in Queen & Slim, Proud Mary, and The Upside, feels the fierce pull of different forces: Between notorious ex-con Blax (Meek Mill) and concerned Detective Rivers (William Catlett), and between the straight path set for Mouse by his concerned mother (Teyonah Parris) and the dangers of gang life, which took his brother’s life. The one truth Mouse knows is that he loves the power, artistry and energy of “The Ride” — the exhilarating motorized-dirt-bike scene that is both pastime and passion on the streets of Baltimore. During one eventful summer, Mouse steers his way through two father figures, a first girlfriend, the pull of illegal choices and the thrill of stunt-riding that makes him and his friends feel like CHARM CITY KINGS.

For Mouse, the 13-year-old hero of director Angel Manuel Soto’s Charm City Kings, what he loves is the motorized, urban dirt bike scene that has been a crucial part of Baltimore street life for 50 years. That culture has created its own music genre, its own styles, and local celebrities in the community including DeWayne Davis aka “Wheelie Wayne,” Chino, and Lakeyria Doughty aka“Wheelie Queen.” They ride Yamahas and Hondas which they use to create genuinely incredible tricks, including the “12 O’Clock” move: Popping a wheelie, and as the bike is on its back wheel, turning the handlebars completely vertical as if they were clock hands facing high noon. But the riders’ lives can turn upside-down in unforeseen ways.

There are so many profound elements of the film from producer, Clarence Hammond, and Caleb Pinkett and written by Sherman Payne. Executive produced by Jada Pinkett Smith and her husband, Will Smith for Overbrook Entertainment, it feels like an instant classic. The teen angst of Black boys is a subject rarely captured or examined on the big screen and subjects like toxic masculinity, trauma, family, and poverty are tackled beautifully through mesmerizing performances from Jahi Di’Allo Winston. His mother is perfectly portrayed by Teyonah Parris and Meek Mill delivered an impressive performance in a prominent role.

All of the acting is superb and the film does a delicate dance between excruciating moments and sweet comedic dialogue. In that sense, this movie is all things. A sweet coming-of-age tale complete with a first kiss and crass teenage boy banter;  a grizzly crime drama that makes you watch through split fingers as you cover your eyes. The backdrop of Baltimore’s bike community is equally captivating and the stunts and chase scenes add a unique action element that will have your jaw on the floor and make you wonder why you haven’t seen any of this before. This film will make you laugh and break your heart and when it’s over you’ll be begging for another ride.

Fortunately, Charm City Kings has already secured a theatrical release date of April 10, 2020 and its definitely one you won’t want to miss.