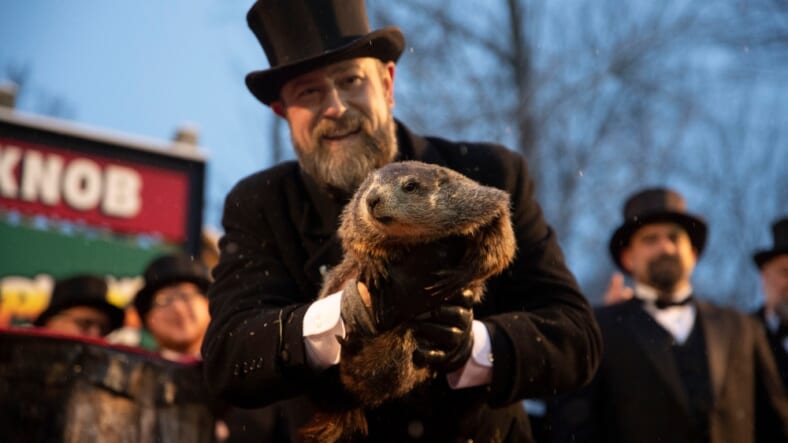 The prediction is probably not a surprise to many in the United States who have experienced less snow and cold than usual, but those at the event in Punxsutawney, Penn., at dawn still reacted to the rodent’s failure to see his shadow as an epiphany.

The western Pennsylvania groundhog “does not predict spring very often,” Dean said, and Sunday’s phenomenon is likely only the 21st time in the last century that Phil has predicted winter will say an early goodbye, Fox News reported.

In fact, in the previous five years before Sunday, Punxsutawney Phil has predicted six more weeks of winter three times, according to Fox.

In records going back 122 years, the groundhog has predicted more winter more than 100 years, Fox reported.

“This is epic; this is history right now,” Dean said from Miami, where she planned to report from the Super Bowl. “The groundhog has spoken and we are going to experience an early spring, everybody.”

The Groundhog Day tradition has its roots in a German legend, which dictates that if a furry rodent casts a shadow on Feb. 2, winter will continue, Fox reported.

While the annual tradition makes for lots of jokes and conversation about the weather, the brutal truth is that Punxsutawney Phil is rarely right in his predictions. His track record is about 39 percent, Dean said.

Last year, the National Oceanic and Atmospheric Administration’s National Centers for Environmental Information reported that the groundhog’s prediction of a short winter was completely wrong, and the country experienced a pretty harsh February and March with below-average temperatures.