Aldis Hodge on his heartbreaking role in ‘Clemency’: ‘This is something of value’ 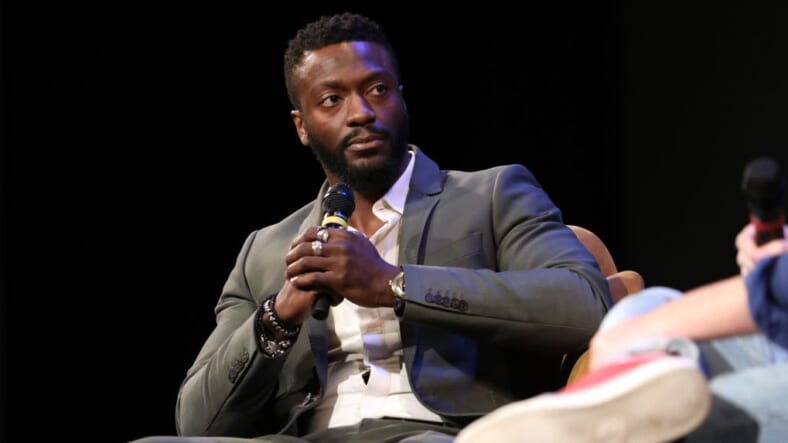 Aldis Hodge has made a major mark on Hollywood this year, starring in several stirring projects including City on a Hill, Brian Banks, and the recently released, Clemency.

In the film that earned writer and director, Chinonye Chukwu the Grand Jury Prize Award at Sundance, Aldis Hodge plays Anthony Woods, a death row inmate who learns he has a son just days before he’s set for execution.

The challenge that I gave myself as a performer was trying to make sure the audience could see a human being beyond a prisoner because we don’t know whether Anthony did it,” he told theGrio.

“The point is just that doesn’t matter whether or not he did it. What matters is reflecting on the idea of our social responsibility to one another. Do we as a society have the right to take the lives of those who we believe have done something heinous? And the thing is, if we’re taking that away because we believe they are monsters, are we not monsters? Because we are justifying the idea of taking life. So it’s about the internal conversation and also about empathy. I wanted him to engage or invoke the spirit of empathy with people.”

Hodge’s character is certainly in a perilous position but manages to cling to hope despite the circumstances. “I wanted him to represent hope because as you see with many other situations in the film, every time something comes up where it might be a good thing, it gets takenfrom him. He has to fabricate hope out of thin air,” he explains. “I want people who are going through tumultuous situations to look at this and understand their value and continue to keep the faith in themselves and keep the fight going.”

He’s also hoping his work will help people ponder the problems of the prison systems in ways they haven’t before.

“Now that we have people who see this film and come out of the theater saying, ‘OK, I didn’t know this before, but I do now. How I get active? What can I do? That’s one of the biggest influences we can have, because people come away with this with new thought, given that they are exposed to a completely new world that they didn’t understand before.”

The actor revealed how inspired and motivated he was by the film’s writer and director who shot the film in just 17 days.

“She she brought this infectious energy to set every single day. She was so excited about this film and working and going and just laughing and happy,” he says.

“She did the real work. She actually worked in the prison in Ohio for a number of years. She volunteered for two different clemency cases. She started a screenwriting program in the prisons. She was the real deal. Not only did she bring technical skill to this, she brought experience, which was invaluable.”

Aldis Hodge has earned the right to be selective about the roles he takes on, and explains why Clemency was more than worthy of his talents.

“I understood it to be effective art; something that could be used as a really progressive tool. I said ‘this is something of value.’ This is something American, something I’d be proud to do because it does not attack Black culture. It points out a problem that we are as a community complicit in. Something we can all take action to correct. So I want to do things that actually move the needle.”