‘I would never’: Issa Rae shuts down rumors she’s remaking ‘Set It Off’ 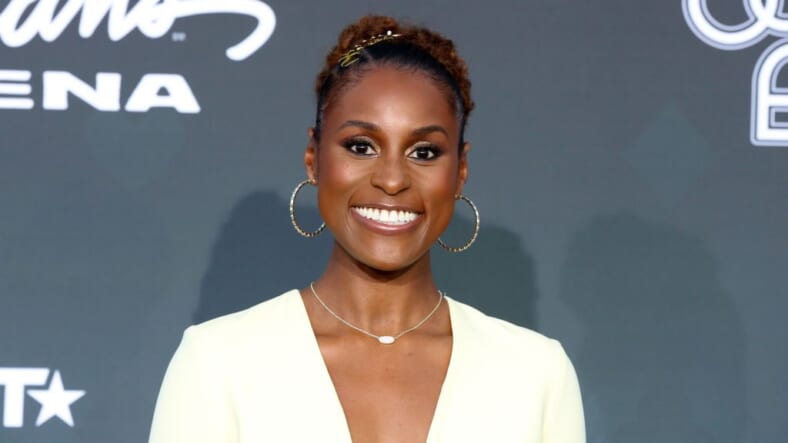 Last year it was widely reported that Issa Rae, creator, star, and writer of HBO series Insecure, was developing a “reimagining” of  Set It Off. Now the actress is coming forward to shut down speculations and set the record straight.

In the fall, The Hollywood Reporter broke the news that Syreeta Singleton and Nina Gloster were said to be writing the script for the remake of the 1996 crime thriller that was directed by F. Gary Gray and starred Vivica A. Fox, Queen Latifah, Jada Pinkett Smith, and Kimberly Elise. It also alleged that Rae would both produce and star in the modern-day adaptation.

However, last Tuesday while appearing on Entertainment Tonight alongside her co-star Lakeith Stanfield to promote their new film The Photograph, the 35-year-old used the interview as an opportunity to say she is not remaking the flick. She’s also sincerely confused about how the rumor began in the first place.

“Oh, I would never remake a classic. I don’t know where that came from,” said the perplexed actress.

This will surely come as a relief to Fox who had some choice words back November about the prospect of a remake.

“It’s a classic, leave it alone,” said Fox. “There’s absolutely no reason to try to redo it. It’s been done, and we did it so well that people are absolutely going to compare it to that, and I think that’s her taking on a tremendous chore, because that film has become a cult classic and some things are just better left.”

Pinkett-Smith has also made it clear that she isn’t keen on the idea of a remake. It looks like both ladies (and Black Twitter) can finally put their fears to rest.

READ MORE: Issa Rae and LaKeith Stanfield get hot and heavy in new trailer for ‘The Photograph’

‪#JadaPinkettSmith shuts down #SetItOff2 rumors at the world premiere of #AngelHasFallen. ‬Do you guys think they should do a remake to #SetItOff? REPORTER: @RAQUELHARRISTV