The sheriff deputy's son had questionable views on 'Afrikan spirituality’ 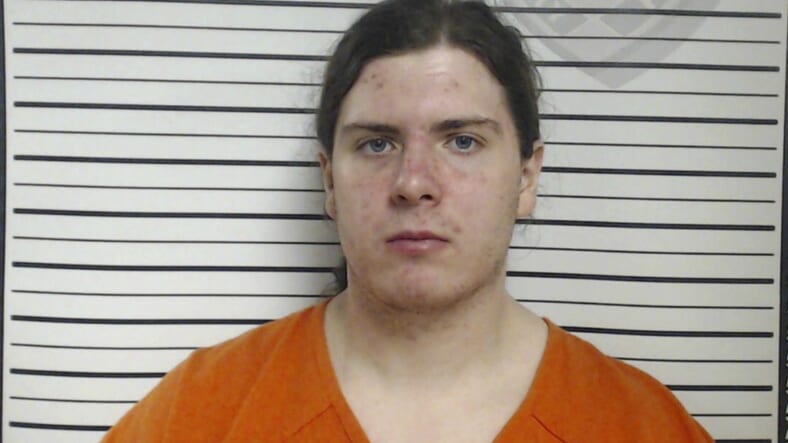 A Louisiana man – who just happens to be the son of the sheriff’s deputy – has pleaded guilty to a series of fires at historically Black churches last year and his alleged motive for doing so has been a source of debate.

According to the U.S. Justice Department, last June a grand jury indicted Holden Matthews on three counts of using fire to commit a felony and three counts of intentional damage of religious property; an offense classified as a hate crime under the 1996 Church Arson Prevention Act.

Previously, the then 21-year-old plead not guilty to torching three Baptist churches in St. Landry Parish that took place during a 10-day span between March 26 and April 4, 2019.

“It’s like the ’60s again,” Earnest Hines, a deacon at Mount Pleasant Baptist Church, told The Advocate newspaper of how the burnings left the tight-knit community recalling the terror of the Jim Crow South. “I don’t know why this happened, and we don’t need to jump to conclusions.”

Investigators say Matthews ultimately confessed that he set the fires due to “the religious character of these buildings, in an effort to raise his profile as a ‘Black Metal’ musician by copying similar crimes committed in Norway in the 1990s.”

For those who are unfamiliar, the heavy metal sub-genre has a history of glorifying church burnings.

“Mr. Holden Matthews made a conscious decision to randomly target and destroy churches within his own community,” FBI Special Agent in Charge Bryan Vorndran said in a statement. “His atrocious actions inflicted severe pain and grief upon these congregations, as well as all of St. Landry Parish.”

READ MORE: Louisiana church fire mystery has not yet turned up any leads or suspects, officials say

But according to a CNN report, Matthews also was vocal about his disdain for Baptist beliefs on Facebook, once writing: I can’t “stand all these baptists around here, bunch of brainwashed people trying to find happiness in a religion that was forced on their ancestors just as it was on mine.”

And in response to a post on “afrikan spirituality,” he added that he wished “more blacks [sic] people would look into ancient beliefs of pre Christian Africa.”

“His disgraceful conduct violated the civil rights of the church’s parishioners and harmed their communities,” pushed back DOJ Assistant Attorney General for the Civil Rights Division Eric Dreiband. “The Department of Justice will remain unwavering in its protection of the freedom to practice religion without the threat of discrimination or violence.”