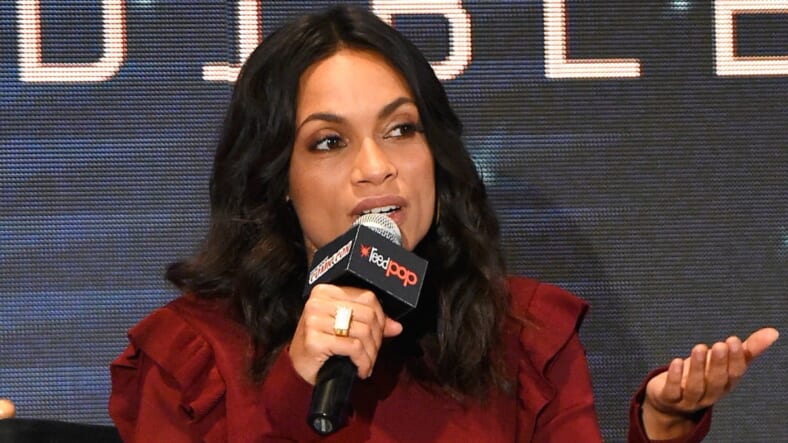 During a new interview promoting her new show Briarpatch, actress Rosario Dawson came out as a member of the LGBTQ+ community and then goes on to clarify why she was previously hesitant to do so.

“People kept saying that I [came out] … I didn’t do that,” Dawson told Bustle while referring to her 2018 Instagram post for Pride Month that many misinterpreted as a coming-out declaration.

The confusing Instagram in question, was a reposted video from queer rapper Chika, with a caption that included words from her song that made it appear as though Dawson was making a personal announcement.

“I will not be ashamed. This is just who I am. And who I was meant to be. No mistakes,” Dawson wrote at the time, quoting Chika.

“I mean, it’s not inaccurate,” the actress now concedes, “but I never did come out come out. I mean, I guess I am now.”

She also added that she was hesitant to come out earlier because, “I’ve never had a relationship in that space, so it’s never felt like an authentic calling to me.”

“We did the pilot in September 2018 and I started dating Cory in October 2018, so at first, there wasn’t anything at all!” Dawson says of the parallels. “It was after [we started dating] that I was like, ‘Oh, that’s gonna maybe be weird.”

She then recalled how she tricky it was explaining the show to Booker’s chief of staff, admitting, “And yeah, he does have aspirations for the presidency and he also speaks Spanish. But besides all of that, there are no similarities!’”

READ MORE: Rosario Dawson opens up about being madly in love with Cory Booker