Jay-Z and Yo Gotti file second lawsuit against Mississippi prisons

Lawyers for the rappers say, 'Words cannot adequately describe the degree of filth and dilapidation the men live in' 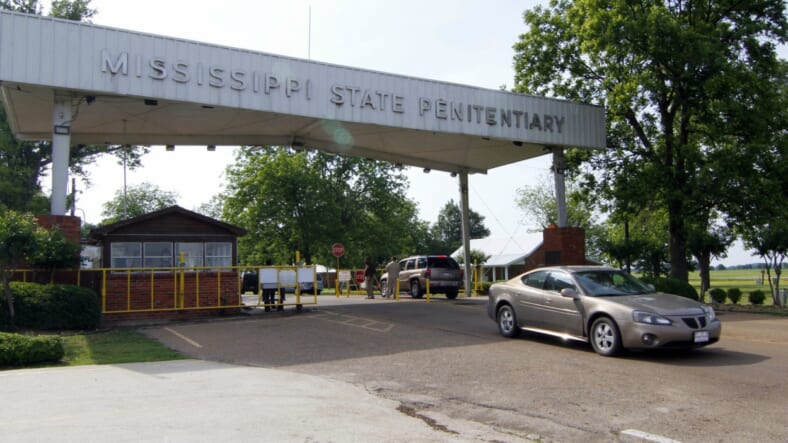 Traffic moves past the front of the Mississippi State Penitentiary in Parchman, Miss. Another Mississippi inmate died at the hands of a fellow inmate, Thursday, Jan. 2, 2020, this time, at the penitentiary, bringing the death toll to four amid disturbances over the past week in the state prison system. (AP Photo/Rogelio V. Solis, File)

Jay-Z and Yo Gotti, acting on behalf of more than 150 inmates, have filed a second lawsuit this week against the Mississippi Department of Corrections’ Parchman prison.

The inmates have long complained about inhumane living conditions at Parchman – from no running water and food contaminated with rat feces, to overflowing raw sewage on their cell floors. Since last month, at least 12 inmates have died at the prison.

READ MORE: Yo Gotti Speaks out Against the Inhumane Treatment in Mississippi Prisons

Lawyers with the rappers gave the Mississippi Department of Corrections 90 days to address the conditions before filing the lawsuit. They attached a video taken by inmates which documents the unsafe living conditions inside Parchman and also included remarks from the relatives of the deceased inmates, according to CNN.

The most recent lawsuit, just like the first one, claims the prison is understaffed, which makes it hard to control violent gang activity. Further, inmates suffer from a lack of medical care.

The lawsuit alleges that the living conditions are worse than an animal shelter.

“…words cannot adequately describe the degree of filth and dilapidation the men at Parchman live in, and lie in, every day,” according to the lawsuit. “Were these conditions in existence at an animal shelter, media would swarm, arrests would be made, and those in charge would be on their way to jail as a result of public outrage over this criminal conduct.”

“The game plan is to get change,” Yo Gotti told CNN. “To make sure the Mississippi prison be held accountable to treat the prisoners like humans and not have them living in inhumane conditions.”

In the earlier class-action lawsuit, the rappers blamed the inmate deaths on a “culmination of years of severe understaffing and neglect.”

Further, it states, “the inmates receive meals that are undercooked and served at unsafe temperatures. Many times, the food is adulterated with rat feces, cockroaches, rocks, bird droppings, and other foreign matter.”

According to CNN, Mississippi Gov. Tate Reeves said he plans to shut down Unit 29 at Parchman, where most of the concerns come from. In his state of the state address last month, Reeves said a visit to the jail left him “infuriating.”

“We can do better,” Reeves said.