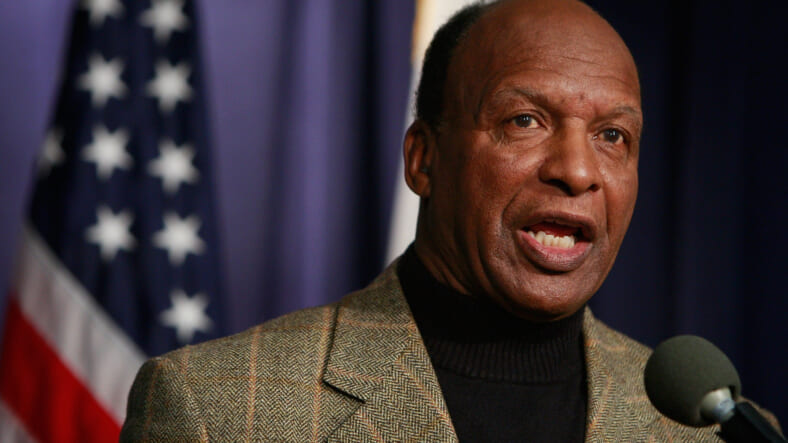 White, who is also the longest-serving state secretary in Illinois, and one of the state’s most revered Black politicians, gave his endorsement of Biden just ahead of the presidential primary scheduled for March 17.

In an interview obtained by the Chicago Tribune, the six-term state secretary said the decision to endorse Biden ultimately came down to which of the remaining presidential candidates has the best chance of winning in November.

“I’ve been asked by a number of candidates for their support. I decided I was going to go with Joe Biden because I believe that he has what it takes to be able to beat Donald Trump and put this country back on a sound footing,” White said.

White’s endorsement of the former VP means Biden has secured the support of one of Illinois’ most well-known and recognized political figures.

“I’ve received more votes than anyone in the history of Illinois,” White said.

White, 85, has not received less than 60% of the vote since his first run for secretary of state in 1998 and has strong ties with Black religious leaders throughout the region.

As it currently stands, Biden has managed to position himself as somewhat of a democratic favorite amongst the state of Illinois, amassing a total of 47 endorsements from city elected officials — which is the most in the race thus far.

“I’m going to do all I can to travel around the state of Illinois, especially the Black churches, and ask them to come out and vote for Joe like they’ve voted for me,” White said.