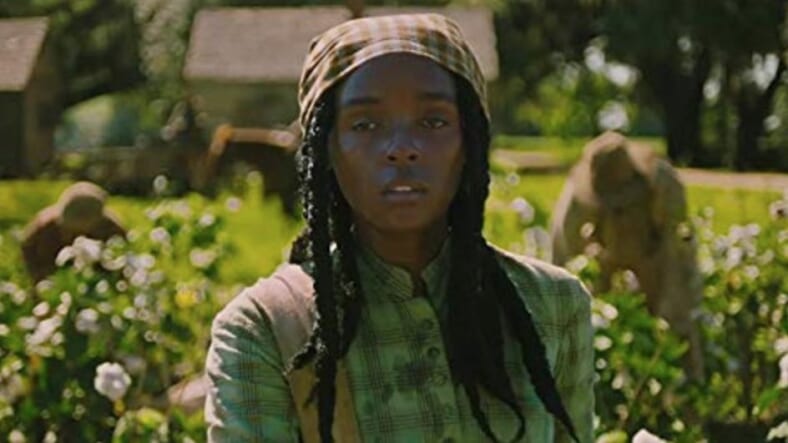 Lionsgate just dropped the first official trailer for its upcoming flick Antebellum and in it, we see Janelle Monae facing the horrors of slavery.

Details about the film written and produced by Gerard Bush and Christopher Renz have been scarce since it was announced.

At first glance, the movie appears to take place during slavery times, but then we quickly hear the voice of a modern-day 911 dispatcher and see a plane flying above the plantation before scenes of Monáe in present day, and in olden times are quickly woven together, blurring the lines of the past and the present.

QC Entertainment, the same company behind Jordan Peele‘s Us and Get Out is producing the psychological thriller.

Successful author Veronica Henley (Janelle Monáe) finds herself trapped in a horrifying reality and must uncover the mind-bending mystery before it’s too late.

READ MORE: Janelle Monáe stars in ‘Antebellum’ teaser from producers of ‘Us’ and ‘Get Out’

Antebellum is due out April 24.