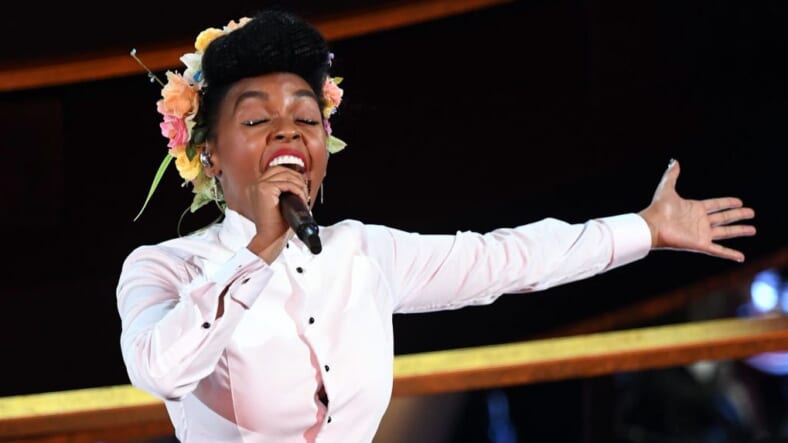 Janelle Monae took subtle shade to new heights when she opened the 92nd annual Academy Awards by acknowledging #OscarsSoWhite when she took the stage.

The multi-talented star kicked off her performance with a rendition of “Won’t You Be My Neighbor” before jumping into an original song that highlighted the show’s lack of diversity.

“The Oscars, it’s so white, it’s time to come alive,” she sang while flanked by dancers dressed as characters from some snubbed films including Queen & Slim and Dolemite Is My Name.

“From ‘Dolemite’ to ‘Parasite,’ it’s time to shine,” she sang at another point in the song, despite the fact that the Netflix film wasn’t nominated. She also made mention of other perceived snubs including Hustlers and Jordan Peele‘s Us.

The 34-year-old beauty was joined onstage by Billy Porter who sang a bit of “I’m Still Standing” and the two continued to make bold statements throughout their set.

Just in case her message wasn’t clear, she made sure to drive it home before wrapping up her incredible number.