Hospital officials are outraged after it was revealed that a New York man reportedly hid his coronavirus symptoms so that he’d be given access to the maternity ward of a hospital to visit his wife.

According to a local CBS affiliate, the Rochester New York man only admitted that he concealed his COVID-19 symptoms from the staff at Strong Memorial Hospital when his wife got sick. She began to display symptoms too only a week after giving birth.

To ensure any further breaches of safety, Monday, UR Medicine announced that moving forward they would be implementing stricter measures on hospital visitors.

Overworked hospital staff will now be given the additional task of screening all visitors allowed into Strong, Highland and three other affiliated hospitals with maternity services for coronavirus symptoms.  Taking their temperatures will also be included. 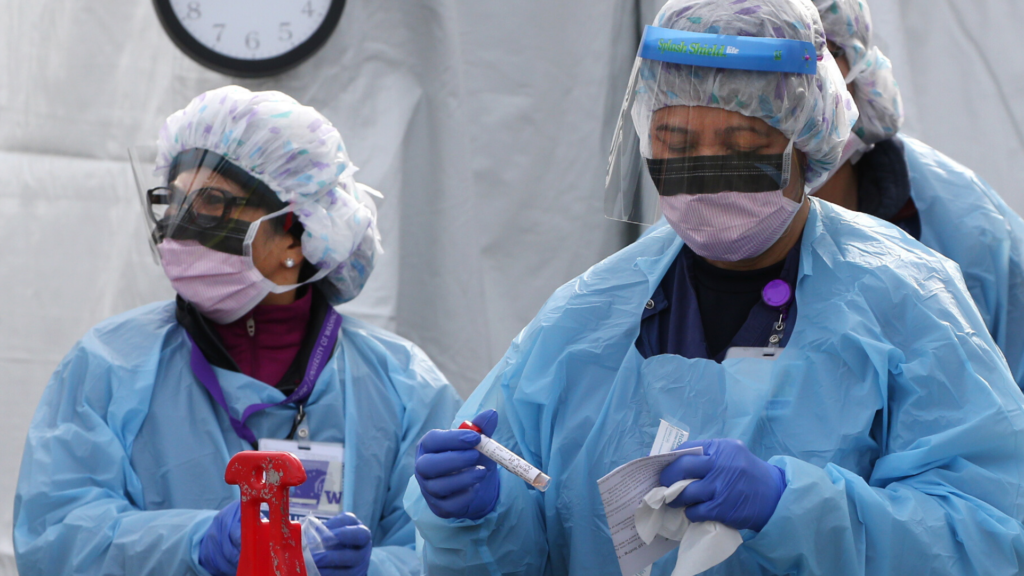 MARCH 17: Nurses process a sample for COVID-19 after a patient was screened at an appointment-only, drive-up clinic.(Karen Ducey/Getty Images)

READ MORE: Georgia nurse quits over COVID-19: ‘My family and my life, they matter’

There will also be universal mask wearing at all of their locations to further protect patients and employees at the facility from incidents like the one that took place last week.
“In keeping with guidelines issued by the Monroe County Department of Public Health, UR Medicine hospitals have implemented a zero-visitation policy to further our efforts to protect patients and staff from the spread of COVID-19,” the University’s website reads before explaining a few exceptions to the rules.
UR Medicine already began banning most visitors from their hospitals two weeks ago, as several hospitals across New York – the part of the country most adversely impacted by the coronavirus – moved to do the same to protect highly vulnerable patients.

Last week, many private hospitals around the state announced that they were banning pregnant women from having partners in the delivery room.

That measure was deemed inhumane by some. It has since been reversed after Governor Andrew Cuomo issued an executive order mandating that all women can have a partner with them in the delivery room, whether they were giving birth at a private or public hospital.