While only a few pieces were displayed, the collection aired on TV was determined to potentially be worth anywhere from $16,000 to $23,000 at auction 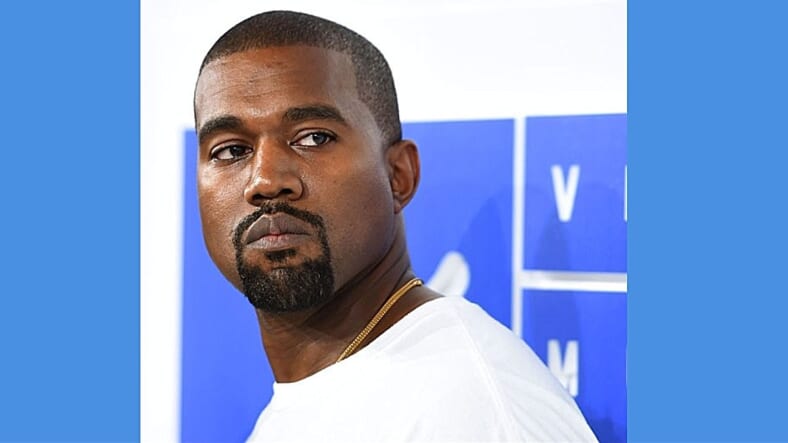 A man claiming to be the husband of West’s first cousin made an appearance on the Antiques Roadshow, presenting a small collection of artwork done by the rapper when he was just 17 years old.

West’s high school artwork was unveiled on the latest episode of the PBS program this past week. While only a few pieces were displayed out of a much larger assortment Yeezy’s relative had brought with him, the collection aired on TV was determined to potentially be worth anywhere from $16,000 to $23,000 at auction.

The rapper’s cousin obtained the pieces following the death of his mother Donda West in 2007.

“When Kanye’s mother passed away in 2007, my husband received them as part of the estate about a year after she passed,” the unidentified man recalled. 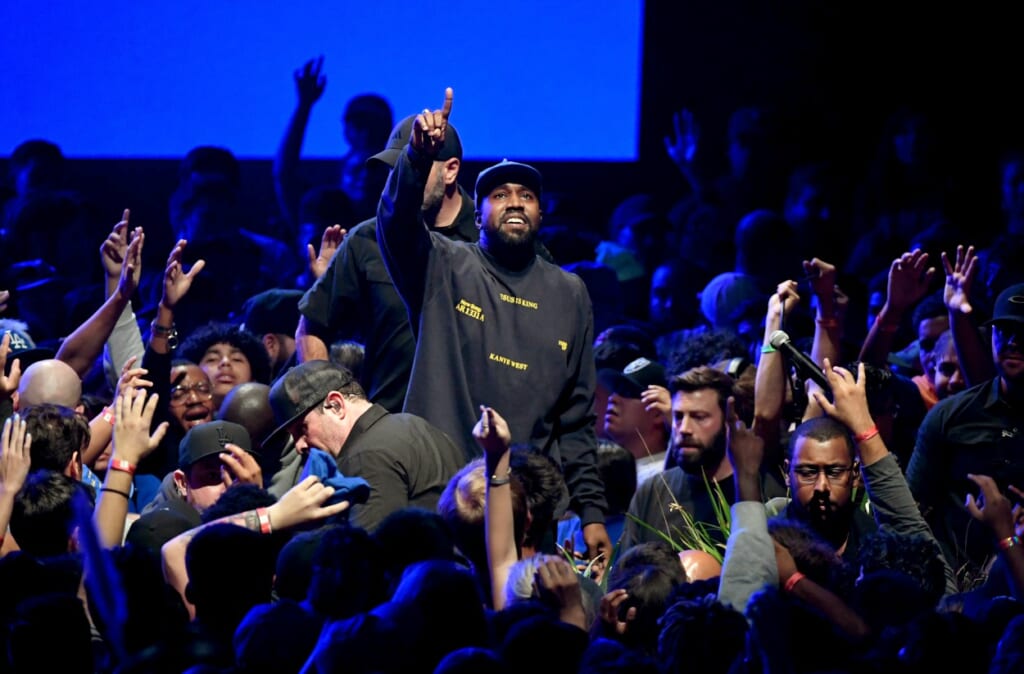 Kanye West performs onstage during his “Jesus Is King” album and film experience at The Forum on October 23, 2019 in Inglewood, California. (Photo by Kevin Winter/Getty Images for ABA)

“I think these pieces demonstrate an extraordinary facility as an artist,” responded art specialist Laura Woolley, who was seemingly impressed. “And I selected this grouping because it shows the different mediums he was working in.”

“On this one we obviously have graphite,” the relative continued, referencing the sketch of the chained creature.

“This is an unfinished piece, we have graphite again,” Woolley said, pointing out the photo of a woman.

“It looks like we have gouache over there on board, and this is a technique, we call scratch board, where you have color pigment laid down and you cover it with a black ink and it’s scraped away to create an image underneath. And they’re all really exceptionally well done.”

The never before seen collection also included a flyer promoting West’s first art showing, which had an “About The Artist” section detailing the teen’s extensive educational background at the time.

According to the document, West was only four when he began studying art at the Hyde Park Academy. He later attended the Art Institute of Chicago, Chicago State University, Nanjing University in the People’s Republic of China, and Polaris School for Individual Education.

“My favorite part of this flyer is actually the very end, it says in the fall he will begin his studies to get a bachelors of fine arts at the American Academy Of Art in Chicago, and continue to pursue a career as a music producer as well,” Woolley noted. “That’s kind of an aside. So we all know what happened, obviously music kind of took over. How is it that a 17-year-old attended all these schools in foreign?”

“Because his mother was an English college professor,” West’s relative explained. “She traveled all around the world, and he went everywhere with her.”

“So he had such an opportunity to experience all the cultures around the world too, which I personally didn’t know that about him, so that also informs kind of where he’s coming from,” Woolley concluded.

“He’s got a much more global view of art and culture,” the relative agreed. “His mother pushed him to do anything he wanted to do, and made sure that it was available for him.”