A pastor in Virginia who made waves after downplaying the severity of COVID-19 has made headlines after passing away from the very same virus.

According to BBC News, Pastor Landon Spradlin previously slammed the “hysteria” surrounding the coronavirus on social media, once even sharing a post that compared it to the swine flu. But in March, Spradlin tragically died after developing pneumonia in both lungs and testing positive for COVID-19.

“I was frustrated with the way that the media was very agenda-driven, and it’s on both sides,” daughter Jesse Spradlin said before his passing. “I feel like the coronavirus issue turned into something that was ‘party against party’ instead of one nation under God.” 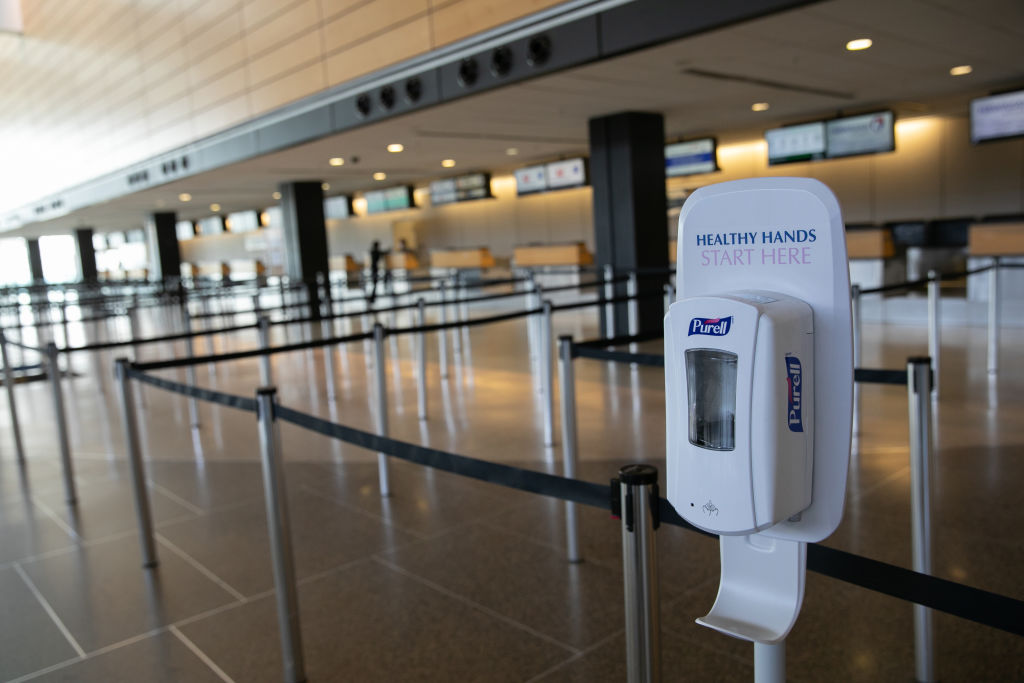 SEATTLE, WA – MARCH 15: A hand sanitizer station sits at an empty check in line at the Seattle-Tacoma International Airport on March 15, 2020 in Seattle, Washington. The state of Washington has over 600 confirmed cases of coronavirus (COVID-19) and U.S. airports have been crushed with returning citizens after restrictions on travel from Europe were implemented. (Photo by John Moore/Getty Images)

The religious leader also suggested that the virus was being used as a political tool and overexaggerated in an attempt to smear President Donald Trump. The president himself has often made the same allegations.

Over a month ago the pastor – who was also a musician – and his wife, Jean, drove from Virginia to Louisiana for Mardi Gras. Despite warnings about avoiding large crowds, he said that he believed the massive gathering to be an opportunity to “save the souls” of attendees.

During the trip, his family said concerns about the virus were discussed and soon after he fell ill. When his health took a sudden turn for the worst, the trip was cut short and the group made their way back home. He was later taken to a hospital in North Carolina, at which point he received a positive diagnosis for COVID-19 and died eight days later while in the ICU.