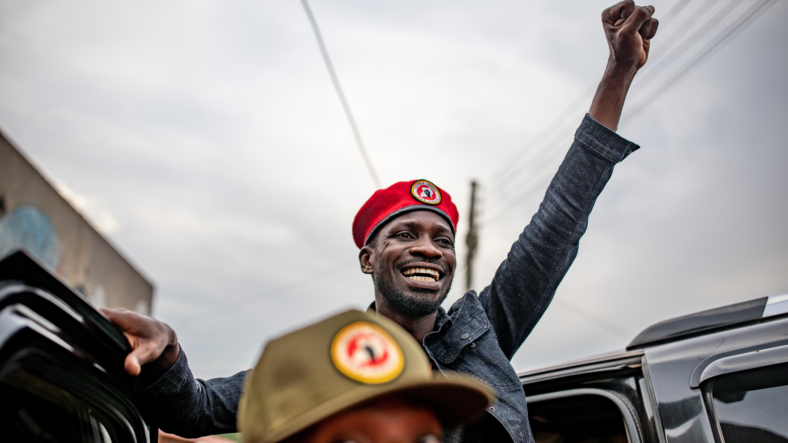 Uganda politician, musician, and philanthropist, Bobi Wine, has partnered with Neil Nelson, co-founder of Atlanta Black Star, to fly mistreated Africans and Black Americans out of China. In China, Africans and African Americans have reportedly been subjected to inhumane treatment.

In a joint statement announced Monday, Wine and Nelson said they are joining forces in a “humanitarian mission” to rescue people of color who are being attacked, according to OkayAfrica.

“The two leaders are currently working together to facilitate a humanitarian mission to airlift those Africans and African Americans who are affected by these attacks to a country in Africa that is willing to receive them,” the men wrote in the press release. “We are also prepared to evacuate them to the United States for those holding U.S. citizenship or permanent resident status.”

Wine and Nelson are also calling on the Chinese government and African leaders to take immediate action to help those most in need. “We call upon leaders from across the global African community including political leaders, social activists, artists, and other leaders to join in this effort.”

Together with my friend Neil Nelson, CEO @ATLBlackStar, we are offering to airlift Africans & African-Americans being subjected to inhumane treatment in parts of China. Only if we get an African nation and/or the US willing to receive them! #soos #savingourownsouls pic.twitter.com/HFHEf4p8wa

African foreign nationals in Guangzhou have reportedly been evicted from their homes and denied services, in an attempt by Chinese officials to blame them for a second wave of coronavirus cases. Guangzhou, also called “Little Africa,” has the highest concentration of Africans residing in China, hailing largely from Nigeria, Ghana, Uganda, and Kenya.

Africans were recorded in videos sleeping outside on the streets with no place to go, prompting condemnation from some governments. The U.S. consulate is urging its citizens of African descent to stay clear of Guangzhou.

It is unknown how many Africans and African Americans are being impacted by these measures in China.