The cruise line faces scrutiny after outbreak on ships 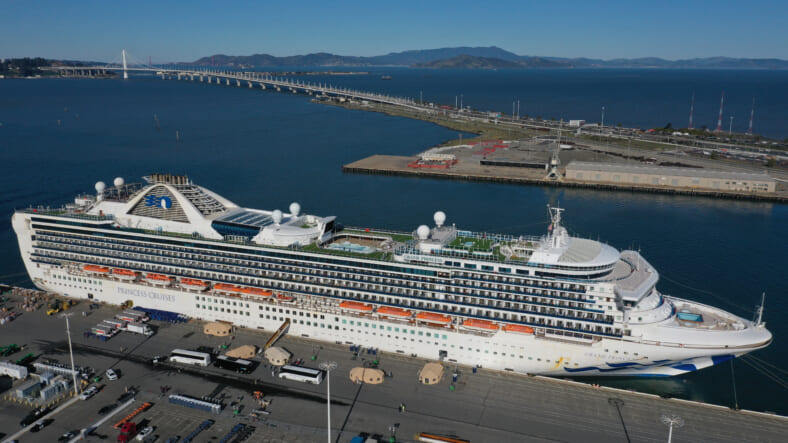 Carnival executives are being accused of not acting to secure the health of their passengers as an outbreak raged on more than one of their ships in a new report.

Bloomberg reported Thursday that the U.S. Centers for Disease Control started “investigating a small cluster” of COVID-19 cases that may have been linked to the cruise ship on March 4.

Passengers were alerted that there would be a change of itinerary via a letter sent by Grant Tarling, Carnival Corp.’s chief medical officer. They were heading back to the Bay Area ahead of schedule and skipping a scheduled port stop in Mexico.

Nonetheless, activities on the Grand Princess, which features 1,301 cabins, 20 restaurants and lounges, about a dozen shops, and four freshwater swimming pools, went on as normal.

Guests preparing for the evening’s entertainment of concerts, bridge, and line dancing noticed little more than extra hand sanitizers and the crew wearing gloves, but paid little attention to the letter as the ship sailed on.

They continued to gather as the coronavirus started to wreak havoc from China to Italy. leading to complete lockdowns of hard-hit regions and cities. Social distancing mandates didn’t apply on the cruise ship as passengers gathered to watch a lecture on Clint Eastwood movies. At one point, there were 200 people in the close quarters, many of whom were elderly.

“I’m surprised they’re even letting this event happen,” passenger John Miller told a nearby friend. “This is a big crowd.”

The next day, March 5, the ship’s captain, John Smith, announced a quarantine and told the 2,422 passengers they were required to shelter in place in their cabins. But some still didn’t recognized the gravity of the situation and just wanted to enjoy a few more perks.

“Evvverrrybody went to the buffet,” recalled Debbi Loftus, 61, who was traveling with her parents. “I just thought, Oh, crap, the ukulele concert is going to be canceled.”

But The Grand Princess soon had the eyes of the world on them as a major outbreak occurred. 21 passengers and crew tested positive for COVID-19. Furthermore, another Carnival cruise ship, the Diamond Princess, had 1,500 passenger and crew who tested positive for COVID-19 and at least 39 fatalities. At that time, there were more infections on board those ships than anywhere else but China.

President Donald Trump questioned if they should even let passengers disembark in the U.S.

“I don’t need to have the numbers double because of one ship,” he said.

Carnival, along with the other major cruise lines, have since suspended operations, but the backlash has not subsided. Carnival is now under criminal investigation from Australian authorities about whether or not they lied about an outbreak on a ship. There are also pending lawsuits from passengers.

Carnival was not the only cruise line impacted. Four passengers on Holland America’s MS Zaandam died and the ship was denied port in several countries before it was allowed to dock in Port Everglades, Fla. The MS Rotterdam, sent to aid sick crew members on the Zaandam and rescue healthy passengers aboard, ended up with some of their crew also testing positive for the virus.

Carnival insists there was no failure to act responsibility on behalf of their passengers. Carnival’s African American CEO and President Arnold Donald said that the pandemic has overwhelmed everyone.

“Each ship is a mini-city,” Arnold said in a statement. “Carnival’s response shouldn’t be condemned before analyzing what New York did to deal with the crisis, what the vice president’s task force did, what the Italians, Chinese, South Koreans, and Japanese did. We’re a small part of the real story. We’re being pulled along by it.”

The CDC was not swayed, declaring that Carnival had more than enough time to act in the interests of the safety of the passengers and crew.

“I have a hard time believing they’re just a victim of happenstance,” Cindy Friendman, a CDC epidemiologist, said. “it would have been tough to get everyone aboard the ships back to their home ports without infecting more people, [but] several of the plagued Carnival ships didn’t even begin their voyages until well after the company knew it was risky to do so. Nobody should be going on cruise ships during this pandemic, full stop.”