In efforts to respect COVID-19 restrictions, the church will live-stream the athlete's funeral service on its website and social media pages 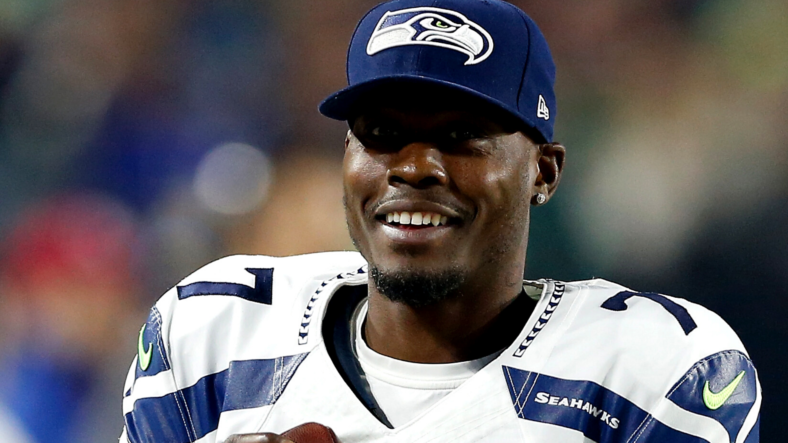 GLENDALE, AZ – DECEMBER 21: Quarterback Tarvaris Jackson #7 of the Seattle Seahawks on the sidelines during the NFL game against the Arizona Cardinals at the University of Phoenix Stadium. (Photo by Christian Petersen/Getty Images)

Tarvaris Jackson’s funeral will be held on Saturday in Alabama, but because of COVID-19 social distancing orders, only 10 people will be allowed at one time inside the church.

The funeral for the former NFL quarterback, who died in a car crash on Sunday, will take place inside the True Divine Baptist Church in Montgomery at 1 p.m., according to TMZ.

The family will rotate friends and family in 10-person shifts to pay final respects to Jackson in compliance with an Alabama order, reported WSFA 12 News. The church is also expected to live-stream the funeral service on its website and social media pages for those who can’t attend.

Jackson, 36, was a second-round pick out of Alabama State in 2006. He played with the Minnesota Vikings, Seattle Seahawks, and Buffalo Bills, spending most of his NFL career as a backup quarterback who made spot starts.

Jackson was 17-17 in his 34 starts in the NFL and finished 59.6% career passes, throwing for a total of 7,263 yards and 39 touchdowns compared to 35 interceptions. He appeared in 59 games, according to NFL Media statistics.

When he played for the Vikings, Jackson started 12 games in 2007, which resulted in an 8-4 record, which included throwing for nine touchdowns and also landing 12 interceptions.

Four years later, Jackson began playing with the Seattle Seahawks, where he started 14 games and was 7-7 in the top position, throwing 14 touchdowns to 13 interceptions, according to NFL Media.

As a Seahawk, Jackson played backup to Russell Wilson from 2013 to 2015 and earned a Super Bowl ring.

Wilson honored his friend on Twitter. “TJack… you will be missed. Praying for your family…Love you man,” Wilson tweeted with the broken heart emoji.

TJack… you will be missed. Praying for your family…Love you man. ?

Jackson also spent a single year with the Buffalo Bills but never played that season.

Jackson is survived by his wife, Lakitta Jackson and their three children, Tarvaris, Takayla and Tyson, according to his Tennessee State bio.