The VoteSafe Act of 2020 would expand voting by mail, early voting and improve in-person voting during elections for Federal office 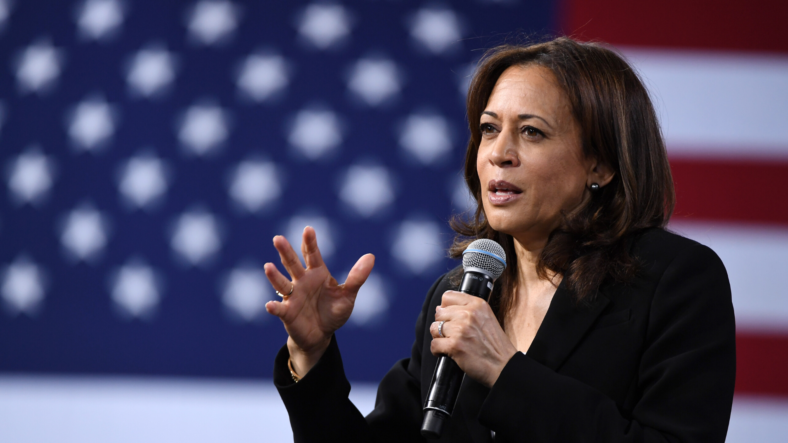 READ MORE: Joe Biden’s VP pick better be a Black woman —and it needs to be Kamala Harris

Harris has introduced the VoteSafe Act of 2020, a bill that would “expand vote by mail and early voting” and would “improve the safety, accessibility, and efficiency of in-person voting during elections for Federal office.”

Because of the need to practice social distance to combat the novel coronavirus pandemic, the legislation would require states to “modify voting processes to minimize person-to-person contact.”

“Voting by mail is a critical part of the solution and must be expanded as quickly as possible, not simply as a means of ensuring access during public health emergencies, but also as a means of expanding access to the franchise to those whose work, health, or ability to access the ballot may be limited,” the legislation reads.

The Harris legislation would cost $5 billion with half of that money going to help states put into place a mechanism to ensure fool-proof absentee voting and early in-person voting processes. The other half would fund grants for states to help make voting safer and more accessible to everyone. This includes the idea of implementing curbside voting, which would allow voters to complete their ballots while remaining in their vehicles, according to Rolling Stone.

“This is about making sure that in our country, no one should have to decide about their right to vote versus their health,” Harris told Rolling Stone in an interview.

During Wisconsin’s primary, images went viral of lines of voters stretching city blocks waiting in cities like Milwaukee to vote. Part of the reason the lines were long is that poll workers quit in throngs, forcing Milwaukee officials to consolidate 180 polling places down to a mere five locations. About 300 National Guard members were also called in to replace volunteers who walked off, according to CNN.

Democratic Gov. Tony Evers said the chain of events were foreseen, which is why he asked the state Supreme Court to delay the primary until June, against the protests made by Republicans. The other states with April primaries all postponed their elections due to the pandemic. Wisconsin’s top court, however, sided with Republicans and the primary was held in the middle of a national health crisis.