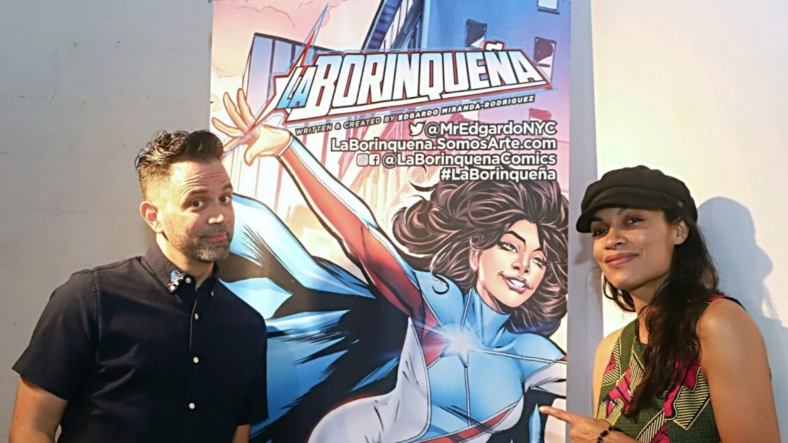 Rosario Dawson is among other Latinx celebrities and activists depicted as protesters on the La Borinqueña cover, which also commemorates the 125th anniversary of the Puerto Rican flag. 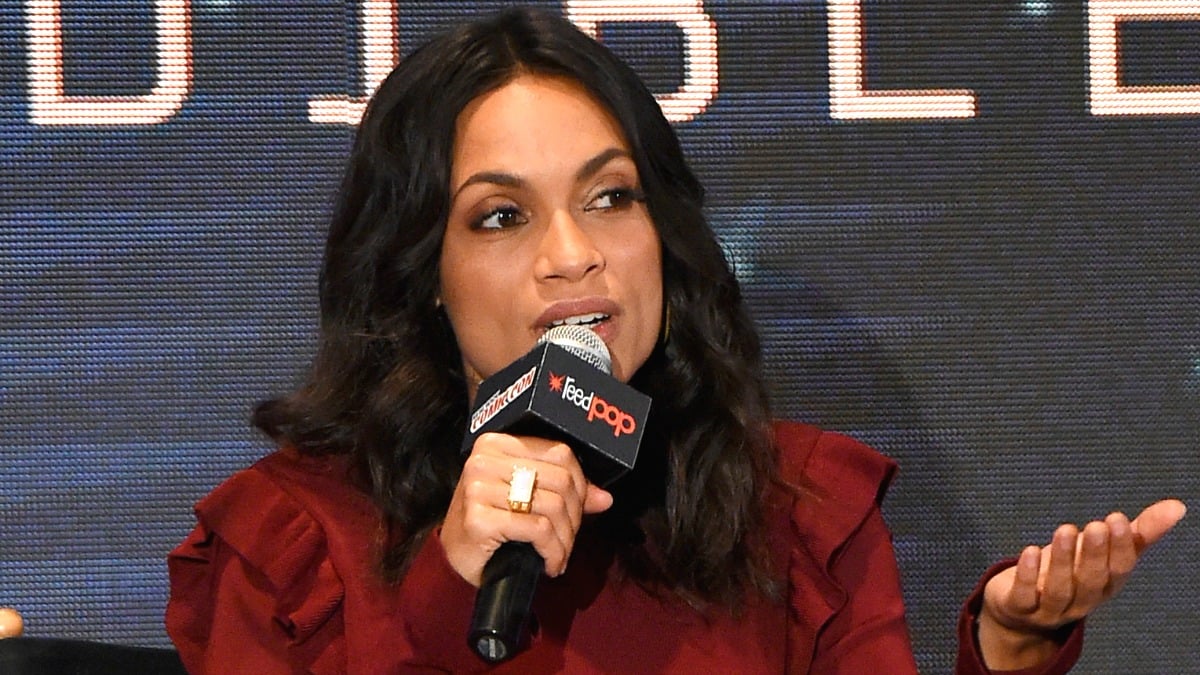 READ MORE: Rosario Dawson officially comes out as queer and explains why she waited so long

Miranda-Rodriguez has intentionally tied the third release of La Borinqueña to a timely charitable cause. The independently published author aims to raise funds to purchase and ship FDA-certified KN95 masks to healthcare workers across The United States and Puerto Rico.

Together with Masks For America, Miranda-Rodriguez launched a digital fundraising campaign on GoFundMe set at a $250,000 goal.  Near the 6-figure goal, the campaign sees hefty donations from ActBlue via Rep. Alexandria Ocasio-Cortez for $50,000 and the organization Be A Hero for $20,000.

READ MORE: In NYC, how a new generation of Afro-Latinos celebrates their Blackness

“We have found and partnered with an FDA-certified manufacturer selling N95 equivalent masks at only $2/mask — a fraction of what hospitals and governments have been paying for N95 masks” details the campaign’s landing page.

Edgargo and Masks For America are not alone in their endeavor. The ‘Masks For America: Protect our Frontline Heroes’ campaign has a team including Dr. Sanjeev Sriram the Senior Advisor at Social Security Works,  including fashion designer and Women’s March co-founder Bob Bland, and school-teacher and activist Kristin Mink.

34,000 FDA-certified KN95 masks have already been delivered to healthcare workers on the frontline throughout New York City. In addition, Miranda-Rodriguez shipped 6,000 masks to Puerto Rico to be distributed by Mayor Carmen Yulín Crúz and a team of doctors on the island inspired by La Borinqueña nicknaming themselves ‘Doctorxs Borinqueña’.

For more information on the GoFundMe and how to donate click HERE.