The reality TV veteran says she's happy to be off the show. 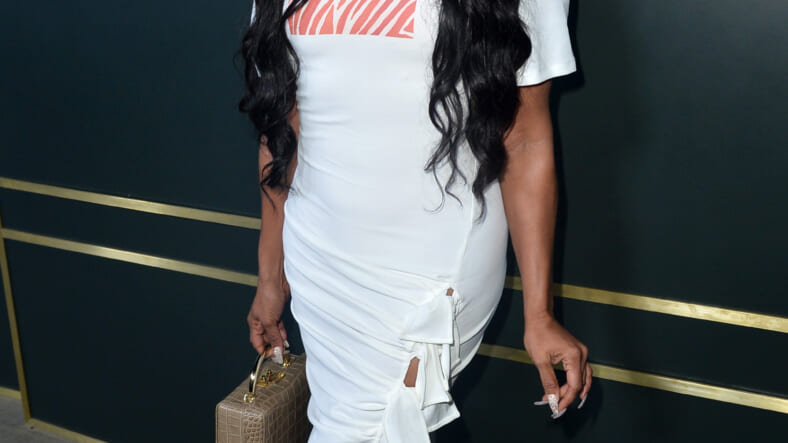 VH1’s Basketball Wives franchise is no stranger to controversy, and now original cast member Tami Roman is opening up about why she believes the show destroyed her relationship with longtime gal pal Shaunie O’Neal.

Friday, during a sit down with Married to Medicine star Dr. Heavenly Kimes for a YouTube Live chat, the two outspoken reality stars covered a range of topics including personal relationships.

When Kimes asked Roman about her tumultuous stint on Basketball Wives she revealed that while the program could at times be polarizing due to the drama that often takes place, it wasn’t all bad and actually provided her with some wonderful moments and opportunities.

“I liked my time on Basketball Wives. I enjoyed it,” Roman admitted, before adding, “I think that in the past two seasons the dynamic of the show changed for me and it wasn’t fun to go to work.”

“I thought that Shaunie and I were real friends. I think that I put more weight and more value on the friendship than she actually was doing,” she said of her now strained relationship with show producer and fellow cast mate O’Neal.

“From my standpoint, I really loved and respected Shaunie a great deal. And so the last two seasons made me feel like it wasn’t any reciprocity. You gotta acknowledge that and honor it. If people don’t f–k with you like that they just don’t f–k with you. No harm, no foul. But I just realized that it wasn’t that deep for her.”

Roman then opined that newer cast members added to the show over the last couple of years also compromised the show’s chemistry. As viewers could see, they bumped heads with Roman and fellow Basketball Wives veteran Evelyn Lozada, who Roman didn’t get along with either.

Roman also inferred that if certain people were let go, she’d still be open to returning.

“The cast changes or the cast additions just wasn’t an environment that I wanted to be in any longer,” she said. “If they made cast changes, yeah, because I liked it. I liked most of the girls on there. But they’re not asking me and I’m not answering. They’re happy I’m gone and I’m happy to be gone.”

READ MORE: ‘The Real Housewives of Potomac’ Season 5 trailer is packed with drama

“I wouldn’t use the verbiage that I’ve outgrown it, but I would say there are more things I want to do than just be on reality TV,” she concluded. “I think that I started in this business as an actress before I even returned to reality TV. So I just feel like there are more avenues I could go into if I were not on the show.”