The reality show star and her boyfriend got married last August, according to a report, but have not openly talked about it 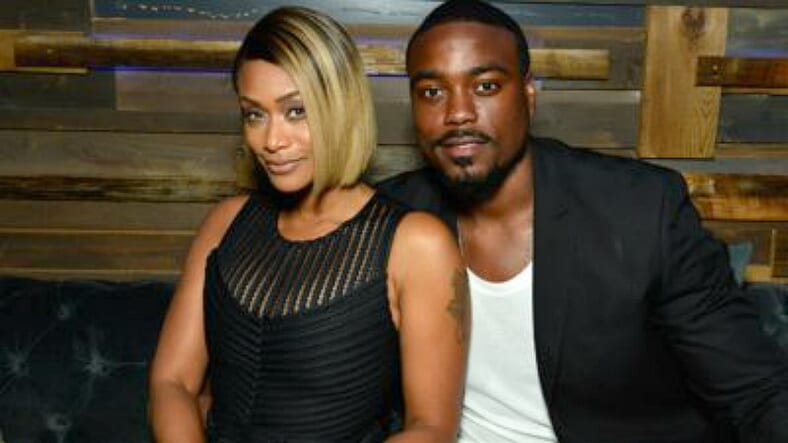 Tami Roman and her boyfriend, Reggie Youngblood (Photo by Jerod Harris/Getty Images for WE tv).

Fans of “Basketball Wives” star Tami Roman, 49, were stunned to learn this week that she and boyfriend Reggie Youngblood, 32, secretly wed last summer in Las Vegas.

Roman and Youngblood obtained a marriage license last August, The Blast reports, and a marriage certificate confirms that they tied the knot that same day. The couple have yet to address the status of their relationship publicly, but news of their marriage comes months after breakup rumors were sparked when Roman unfollowed and deleted photos of him from her Instagram page.

READ MORE: Tami Roman rails against ladies of The Real: ‘I haven’t watched since Tamar left’

Youngblood shot down rumors of a breakup when he posted on Instagram: “Hate to let y’all down, but Tami and I are riding together until the wheels fall off. Folks hate to see people happy and prospering, but it won’t work! Keep spreading your lies, you look miserable out here.”

When Roman appeared on the daytime talker Sister Circle, she addressed marriage rumors and admitted that she’s down for martial life again. She was previously married to former NBA star Kenny Anderson, with whom she shares two daughters.

“I’m 48 and I don’t want to spend the rest of my life by myself. And this man genuinely loves me. And this is something that he wants and never experienced,” she said on Sister Circle. The Bonnet Chronicles host then noted that it would be “selfish” of her not to “travel down that road with someone who I really love and who loves me.”

Most recently, the former Real World star showed her man some birthday love on IG, and she referred to him as her “homie” not her “husband.” Roman wrote, “Screaming HAPPY BIRTHDAY to my homie, lover, best friend, confidante, protector, yin to my yang & overall safe place… I love you poppa…to life.”

In the Instagram photo, she is not rocking a wedding ring.

Screaming HAPPY BIRTHDAY to my homie, lover, best friend, confidante, protector, yin to my yang & overall safe place ❤️❤️❤️❤️ @reggieyb1 our LOVE hit different & it’s not for anyone else to understand, but us! I love you poppa…to life