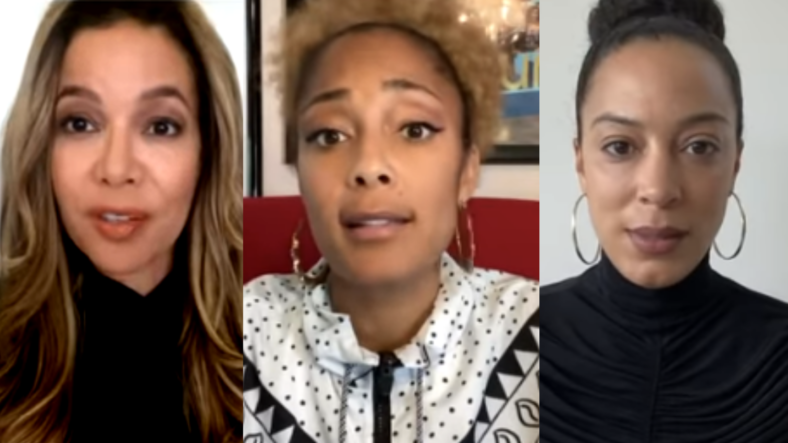 LaTosha Brown, Tiffany D. Cross, Brittany Packnett Cunningham, Alicia Garza, Sunny Hostin, Angela Rye, and Amanda Seales noted in an opinion piece for the Washington Post that Black women are the most consistent block of voters in the Democratic party.

The piece wanted to make clear to the presidential hopeful one point, “Your only path to victory is through Black women and the voters we know how to energize.”

“Very simply, Vice President Biden”, the op-ed reads, “You owe us, you need us and you must not take our votes for granted — they must be earned.”

The authors of the editorial are demanding: a Black woman as Biden’s vice-president, a Black female Supreme Court Justice, and a comprehensive Black agenda.

“Black female elected leaders throughout the country have shown themselves to be formidable champions of justice,” the piece reads, “(they are) expert coalition builders, highly effective legislators, and compelling communicators.”

On the subject of a Supreme Court Justice, the authors reminded Biden of his failure to protect Anita Hill who testified about sexual harassment during the confirmation of Clarence Thomas to the highest court in the land.

They stated that while Biden has promised to nominate a woman to the court, that would not be possible without securing the Senate, and for that, Black voters in swing states would be key.

Finally, the womanists said that Biden must atone for the numerous criminal justice bills that he cosigned in the 1980s and 90s by consulting “with a broader cross-section of Black grass-roots leaders and add the necessary staff” to address the disparities in policing and public safety in our communities.

In closing, the writers reminded the world that “Joe Biden has stated that his mission is to “restore the soul of America.”  Then they informed him that “Black people are that soul. There is no restoration without us.”