Trump has reportedly chosen not to host the ceremony and is 'unconcerned about shunning yet another presidential custom.'

According to NBC News, Trump has chosen not to host the ceremony and is “unconcerned about shunning yet another presidential custom.” Obama, for his part, has no interest in attending the event as long as Trump is in office, a source told NBC.

First-term presidents have traditionally hosted the ceremony for their predecessors, no matter their political party. Obama was on call to usher in former President George W. Bush‘s portrait in 2012, and Bush did the same for former President Bill Clinton in 2004.

“We may have our differences politically,” Obama said while hosting the unveiling eight years ago, “but the presidency transcends those differences.”

READ MORE: Don Lemon rips Trump over Obama jealousy: ‘What is it about him?’

Former Secretary of State and First Lady Hillary Clinton, who ran for president against Trump in 2016, described the ceremony as “daunting.”

“It is a somewhat daunting experience to have your portrait hung in the White House,” Hillary said at the unveiling of her and Bill’s portraits. “It is something that really does, more than any other act, sort of put your place in history in this building for all the ages and all the people who come through here to see and reflect upon.” 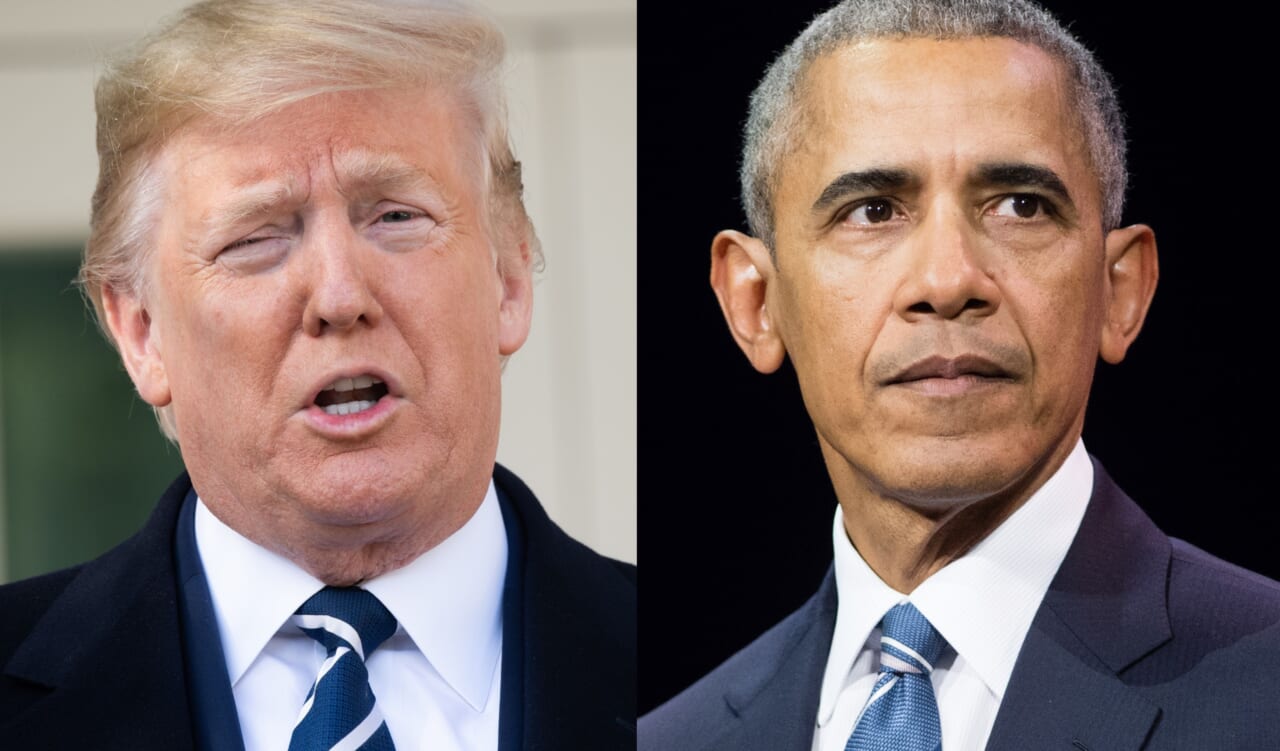 Trump’s refusal to host the event is the latest slight in a string of contentious incidents that have occurred between the 44th and 45th presidents.

The former Apprentice star made headlines in mid-May when he falsely claimed that several officials in the Obama administration were responsible for improper acts in the FBI’s case against Michael Flynn, described by Trump as “Obamagate.”

Trump has been unable to specifically detail what any of the alleged crimes are and several D.C. officials have shut down the claims, including Attorney General William Barr.

“The legal tactic has been to gin up allegations of criminality by one’s political opponent based on the flimsiest of legal theories. This is not a good development. This is not good for our political life, and it’s not good for the criminal justice system,” Barr said on Monday, May 19.

“As long as I’m attorney general, the criminal justice system will not be used for partisan political ends,” he added, “and this is especially true for the upcoming elections in November.”

Obama, meanwhile, addressed the Trump administration’s lackluster response to the coronavirus pandemic during a private phone conversation with former staffers.

“It would have been bad even with the best of governments,” Obama said in a private call obtained by Yahoo News on May 11. “It has been an absolute chaotic disaster when that mindset — of ‘what’s in it for me’ and ‘to heck with everybody else’ — when that mindset is operationalized in our government.”

“This election that’s coming up — on every level — is so important because what we’re going to be battling is not just a particular individual or a political party,” Obama urged. “What we’re fighting against is these long-term trends in which being selfish, being tribal, being divided, and seeing others as an enemy — that has become a stronger impulse in American life.”