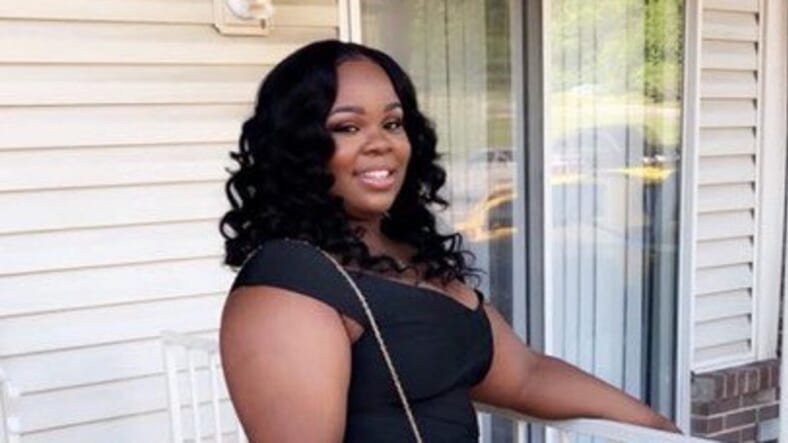 Two months after the death of Breonna Taylor, a beloved EMT who was fatally shot by police in a no-knock raid while she slept in her apartment, local officials have announced that all of Louisville’s Metro Police Department will be required to wear body cameras while on duty.

According to the Associated Press, Louisville Mayor Greg Fischer confirmed Monday that plainclothes officers would now be equipped with the monitoring devices while administering search warrants.

Prior to the March 13th incident where Taylor was shot eight times, officers with a warrant signed off by a local judge were allowed to enter private property without announcing their arrival. Fischer says a new directive states that the standing police chief will also have to sign off on what police call “no-knock” search warrants.

“This is a step, but we know there needs to be more conversation on the use of these warrants,” Fischer said in an address streamed on the internet.

Police entered the 26-year-old’s home looking for a drug suspect who turned out to already be in custody. During the altercation, Taylor’s boyfriend Kenneth Walker who had a legally registered weapon, fired at officers, striking one.

He has since been charged with the attempted murder of a police officer. His attorney clarified to the press that Walker thought he was defending himself and his partner from a break-in and even called 911 for assistance.

Last week Taylor’s family filed a lawsuit claiming that the officers “spray(ed) gunfire into the residence with a total disregard for the value of human life.”

READ MORE: Outraged about Ahmaud and Breonna? Channel that energy into a vote

Advocates and members of the community are pushing the LMPD to present a clear timeline of the events that took place the morning when cops pushed into Taylor’s apartment with a battering ram. But without body camera footage, it is virtually impossible to corroborate what took place in the final moments of her life.