Despite best efforts from medical professionals, no one could revive the beloved athlete; baller community mourns 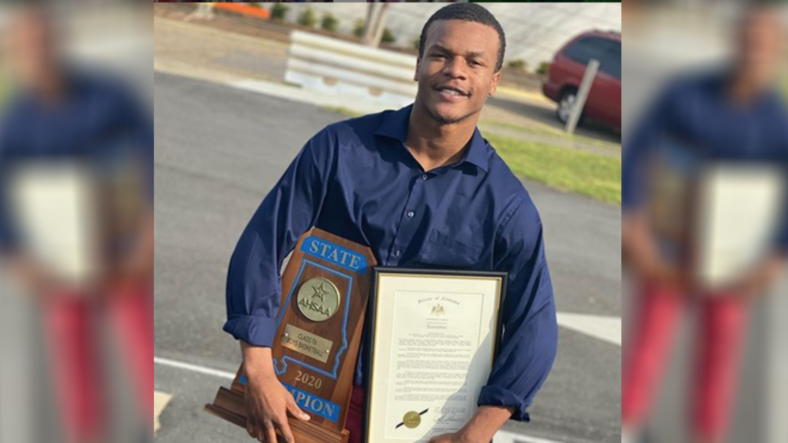 In a tragic story out of Alabama, a standout athlete has died in an accidental drowning incident.

18-year-old incoming University of Alabama at Birmingham freshman, Jamari Smith was swimming with friends, when he grew tired, went under and drowned.

According to a report from AL.com, Auburn police and fire personnel were alerted and arrived at the lake on Wednesday afternoon.

The city’s coroner, Bill Harris, said that the search professionals found Smith beneath the waters of the lake. Immediately, advanced life support measures were initiated, and the promising star was rushed to the emergency room of East Alabama Medical Center.

Despite heroic efforts, Smith was pronounced dead shortly after arriving at the medical center. The case is being treated as an accidental drowning.

According to 24/7sports.com, Smith played on the Lee-Montgomery High School basketball team, the Generals. The team won the state championship in February of this year. This was the first time in the school’s history that the team had achieved this honor.

My name will neva be LUKE but my mama birth a SKYWALKER?

Despite being a hooper, Chop (as he was affectionately called) mastered multiple sports. At 6-foot-3, he was expected to play football as a defensive back at the University of Alabama at Birmingham this fall. He was simply a gifted athlete.

Upon his demise, his immediate basketball community remembered him fondly on social media.

It is with the heaviest heart that I inform the basketball community & the @gameelitebasketball family that we have lost Jamari “chop” Smith to an unfortunate drowning. @jayy_primo23 was a special kid! All prayers to his family,our family! #longlivechop #family #weallwegot #3ssb pic.twitter.com/vDZ6V17GzE

He had a smile and a basketball game that could electrify and light up any room or building he was in. He had a spirit that enlightened everyone around him. This one hurts so bad that I can’t even really get the words together. I love you Jamari “Chop” Smith! Wow! #RIPChop pic.twitter.com/7kGZfjQX68

According to all who knew him, he was a fine gentleman and a class act. Evidence of this can be found in how articulate he was as a young man. During his high school championship game, Smith and his teammates honored two fellow players who had previously passed away.

Rod Scott died in a car accident in 2016 and Shaquille Johnson was killed in a shooting in 2018. At the championship game, Smith gave a statement about his deceased teammates.

“Rod and Shaquille … they were the two most outstanding people in the world,” Smith remembered. “They had such big hearts. They were caring. They were always going the extra mile to do the right thing. They were truly ‘walk by faith and not sight’ guys.”

He will now join them in the realm of the deceased.

“Our hearts are broken to learn about the tragic passing of Jamari Smith,” UAB coach Bill Clark said in a statement. “We want to send our deepest condolences to the entire Smith family. Jamari was an upstanding young man with an extremely bright future. Although he never played a game at UAB, he will always be a Blazer.”