Sheriff joins George Floyd protest in Flint: ‘We want to be with y’all’

In a gesture of peace, Genesee County Sheriff Chris Swanson took his helmet off and put his baton on the ground. 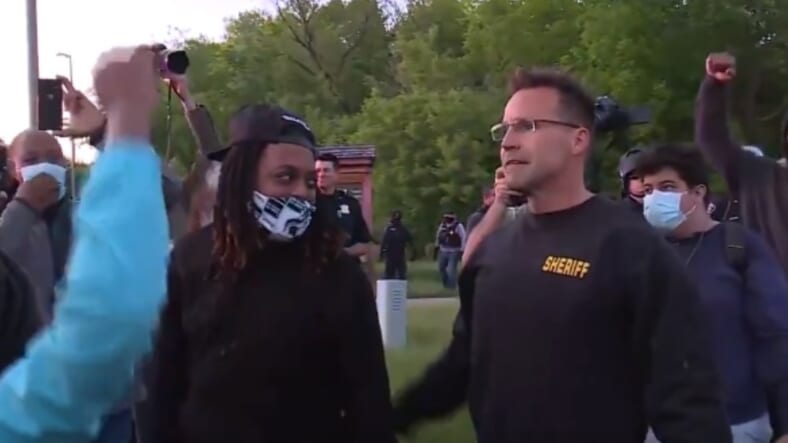 Protestors in Flint, Michigan were greeted with riot gear and guns but rather than the situation escalating, it ended with the sheriff and other cops joining the march in honor of George Floyd.

Tensions between protestors and the police have increased since the death of Floyd and demonstrations have erupted across the country.  According to MLive, the peaceful protest in Michigan on Saturday started at 6 p.m. with eight people and then swelled to hundreds.

Many held up signs that declared “Black Lives Matter,” “White silence is violence” and “Racism is still the biggest pandemic we face.” There were also chants of “No justice, no peace, no racist police.” 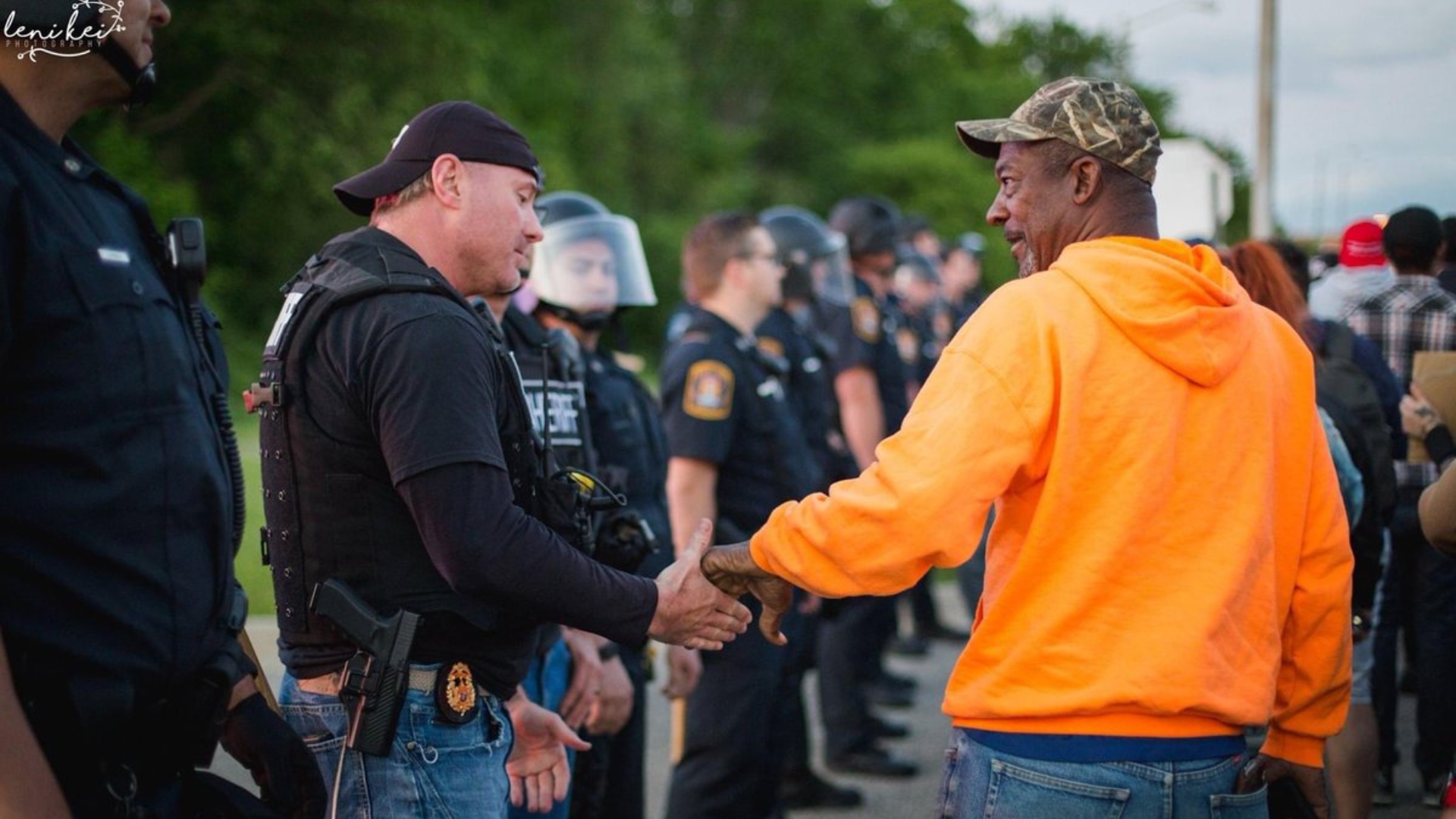 Johnie Franklin, a lifelong Flint resident and organizer, explained why it was necessary for their presence to be felt.

“We just wanted to be heard. We wanted to have a conversation … and after today, I know we’ve been heard.”

The march found its way to the Flint Township Police Department and greeted by a line of Genesee County Sheriff’s deputies in riot gear and holding batons. The protestors took a knee.

The standoff could’ve gone badly but in an unexpected turn of events, a conversation began. Soon, they were sharing hugs and high fives.

In a gesture of peace, Genesee County Sheriff Chris Swanson took his helmet off and put his baton on the ground. He spoke with the protestors, telling him that the cops loved them and asked what they wanted him to do.

He and the other officers joined the march and walked with the protestors. They wanted it to be a show of unity in how communities can work together with the police.

“We want to be with y’all for real so I took the helmet off and laid the batons down,” said Swanson. “I want to make this a parade, not a protest.

The crowd cheered him on.

“This is the way it’s supposed to be — the police working with the community,” Swanson said. “When we see injustice, we call it out on the police side and on the community side. All we had to do was talk to them, and now we’re walking with them. … The cops in this community, we condemn what happened. That guy (Chauvin) is not one of us.”

Cops listening to what their community wanted was a plot twist but one that was needed. The show of solidarity was applauded across social media.

“This!! This is what I’ve been saying! Police in their towns standing with their citizens and calling out the cops who are dishonoring the badge. This is trust-building in a community – recognizing wrong and injustice and then doing something about it, standing up, speaking out,” one tweeted.

Connect with the people. ESPECIALLY in a city like Flint. And further, keep pointing out that we don’t support the bad apples and those that would tragically kill someone unnecessarily and bring disgrace on the rest of the profession. We cannot and must not allow it to continue. https://t.co/EjeT49p0CY

THE COPS IN FLINT MICHIGAN PUT DOWN THERE WEAPONS AND WALKED WITH THE PROTESTERS AND GAVE THEM HUGS THIS IS HOW IT SHOULD BE #BlacklivesMaters #MichiganProtest #ICantBreathe #GeorgeFloydProtests #protests2020 #Acab #BLACK_LIVES_MATTER pic.twitter.com/rCDy2OLfct

Not only did Flint’s cops NOT try to stop the protests, but they also joined it in solidarity. This also kept it from getting violent. It became more of a march for equality than anything else. #BlackLivesMatter pic.twitter.com/4zlpT8Xpiq