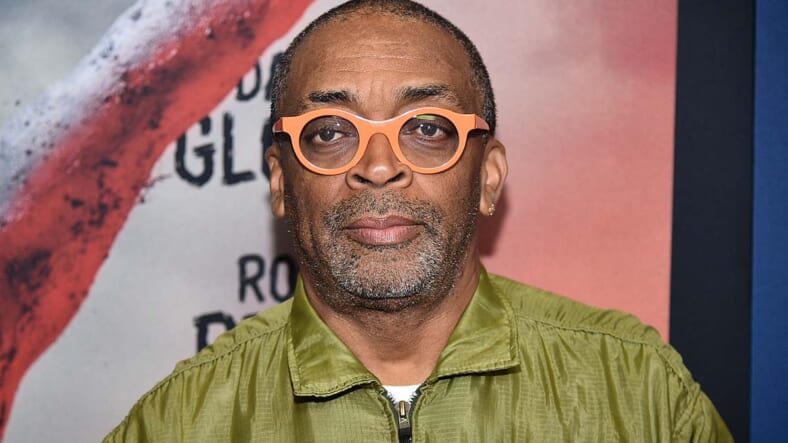 In a searing new short film, Spike Lee poses a question. “When Will History Stop Repeating Itself?”

The film, only one-and-a-half minute long, was posted to Twitter yesterday and is called, 3 Brothers—Radio Raheem, Eric Garner, and George Floyd.

It shows footage of Garner being arrested by officers in New York who put him in an unsanctioned chokehold which killed him. The film also shows footage of Floyd being pinned by Minneapolis officers resulting in his death. Between each of the real killings is footage from Lee’s legendary 1989 film, Do the Right Thing where Radio Raheem is choked to death by police.

Caution: the video is graphic.

Lee appeared on a CNN special, “I Can’t Breathe: Black Men Living and Dying in America” hosted by Don Lemon. On the show, the Academy Award-winning director said, “This is history again, and again and again…The attack on black bodies has been here from the get-go,” to further emphasize his point, Lee wore a shirt emblazoned with 1619 —the year that marks the beginning of enslavement of Africans in America.

“We were brought here to this country from Mother Africa to Virginia, and it’s been the same thing. But, now we have cameras. The foundation of the United States of America is built upon the stealing of the land from native people and genocide coupled with slavery.”

Spike Lee’s newest film, Da 5 Bloods follows four veterans who return to Vietnam to look for the remains of their squad leader and buried treasure. The film stars Chadwick Bozeman and debuts June 12 on Netflix.