OPINION: David J. Johns says white people need to learn how to sit in the discomfort of their privilege. 'You’ll grow from it,' he writes. 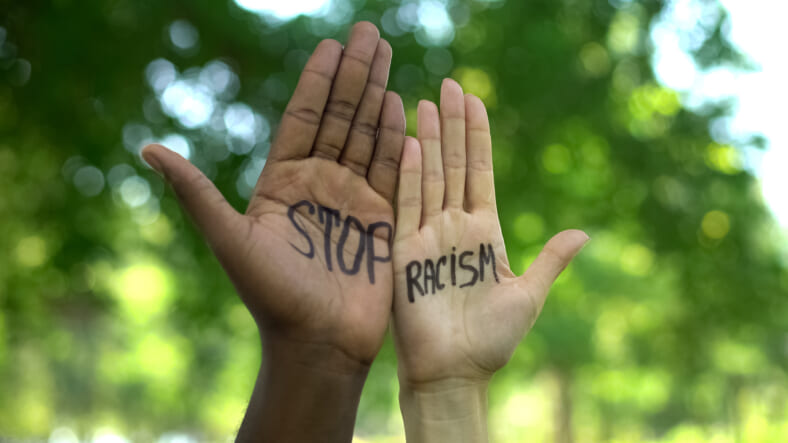 Few things in the world require white people to think critically about issues concerning the problem of race in America.

White people are not required to sit with, reflect upon, and grapple with their feelings or the contradictions between what they’ve been taught to believe and what we are all experiencing.

Burdening us is yet another form of violence — one that legitimizes and perpetuates white dominance and anti-Blackness.

READ MORE: White supremacy takes so much already, don’t let it take your grief too

White supremacy isn’t simply white boys in bedroom sheets and tiki torches. Like carbon monoxide, white supremacy is the political, economic, and ideological dominance of people and positions based on a strategic group assignment.

White supremacy is the lie that white people are better or more deserving. The lie is used to explain why they occupy positions of power within systems their forbearers designed.  It’s also why they feel entitled to our labor — for free. Black people are not obligated to understand and/or prioritize white people’s needs and feelings. We don’t. We shouldn’t. 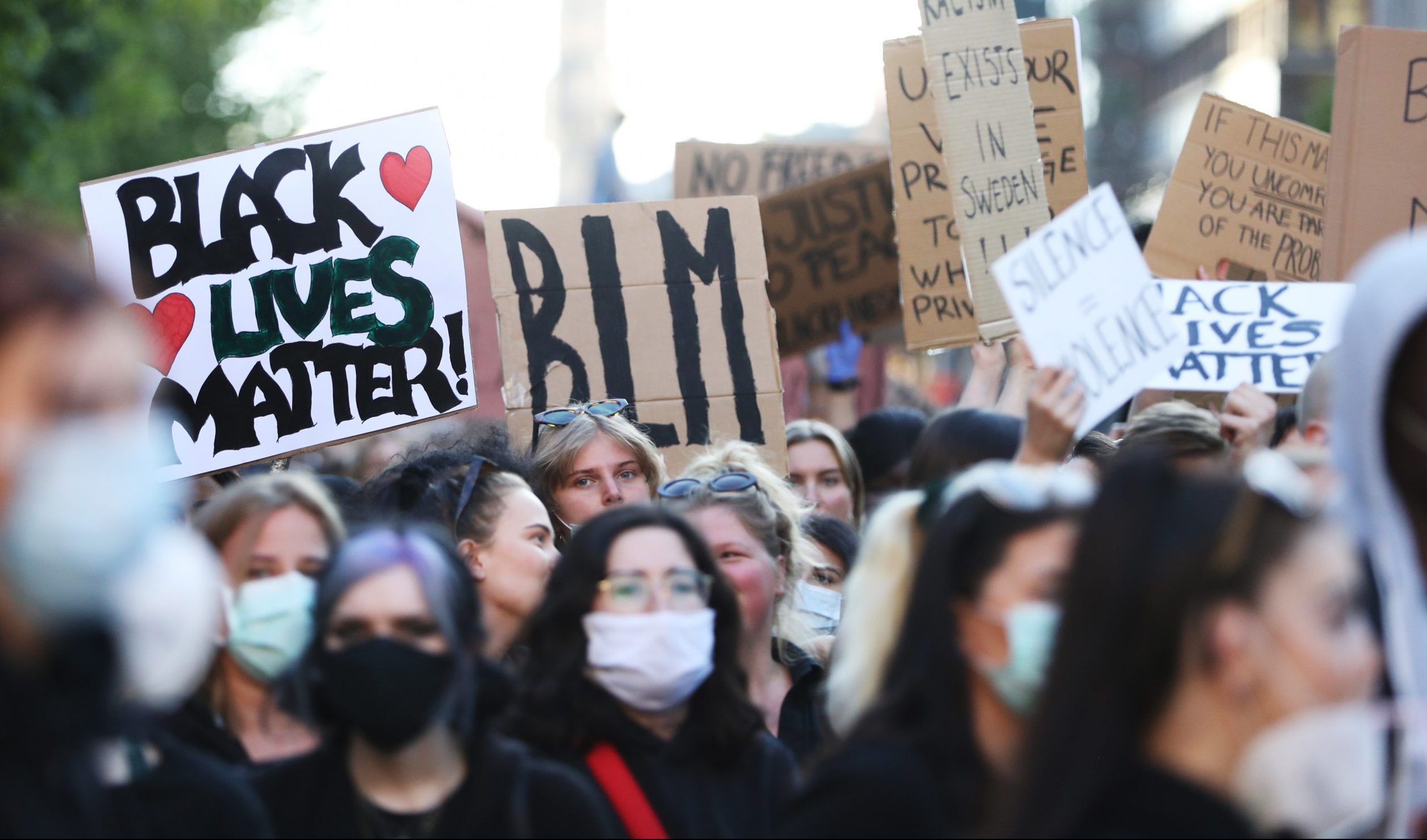 Protesters participate in a demonstration in solidarity with the Black Lives Matter movement and against police brutality at Sergels Torg on June 03, 2020 in Stockholm, Sweden.(Photo by Linnea Rheborg/Getty Images)

During times of tragedy and in moments of crisis especially, Black people should remember the lesson taught to those of us who have had the privilege of flying — that if in the event of an emergency we should first secure our safety before attending to others.

During the current state of unrest, the last thing Black people should be concerned with is the feelings of well-intentioned white people — those who benefit from and do nothing to change the very systems that empower police officers to kill Black people. We have enough on our plate and must devote what emotional resources we have left to survival. Not pacifying white pain.

However, in the last 72 hours, I have received dozens of messages from Black people serving as emissaries for well-meaning white people. The messages read something like this:

“I have a lot of white friends/colleagues asking what actions they can take to combat systemic racism. Can you point me in the right direction to provide them with tangible actions?” 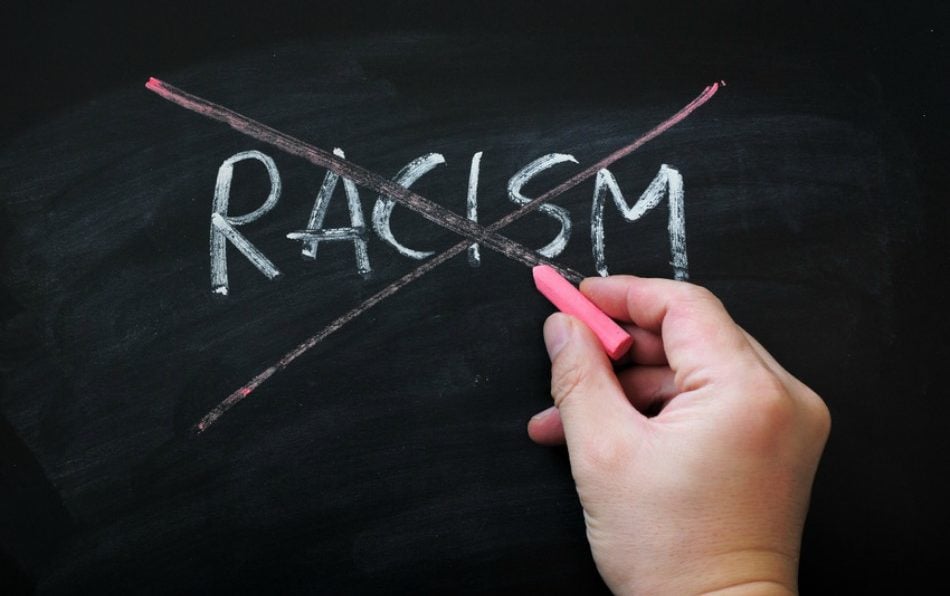 On the surface, the request seems like progress. Finally, there are good white people who have not only born witness to public and consistent manifestations of white racism and anti-Blackness, but now, they also want to do something about it.

However, the request for help from Black people is deeply problematic. Why? Because the request normalizes the disturbing practice of white people running to Black people to teach them how to do work that they should do, and must do, for themselves. At a minimum, it encourages laziness. Seeking Cliff’s Notes on how to fight racism because you don’t want to read the whole book on white supremacy is simply unacceptable — it’s how we arrived at this point in history.

A basic Google search of the terms “dismantling white supremacy” or “what is white fragility” yields several resources that would set any well-intentioned white person on the pathway to progress. But first, they must accept that the process will not include the comfort they enjoy often at our expense. Self-effort requires them to sit in discomfort. And I am not convinced many are ready to do that — not those who are asking Black people for help.

Black people know all too well that discomfort can be endured. Even those willing to endure discomfort will face the challenge of sacrificing some of their privileges in the pursuit of being an active accomplice. How many well-meaning white “allies” are willing to engage in advocacy when it requires abandoning the privileges associated with the myth of their superiority and entitlement? Certainly not those asking us to do the work.

Imagine for a moment if even a critical mass of white people decided to devote their time, resources, and energy on codifying zero-tolerance policies resulting in automatic suspension and de-certification of any police officer who kills an unarmed Black person. 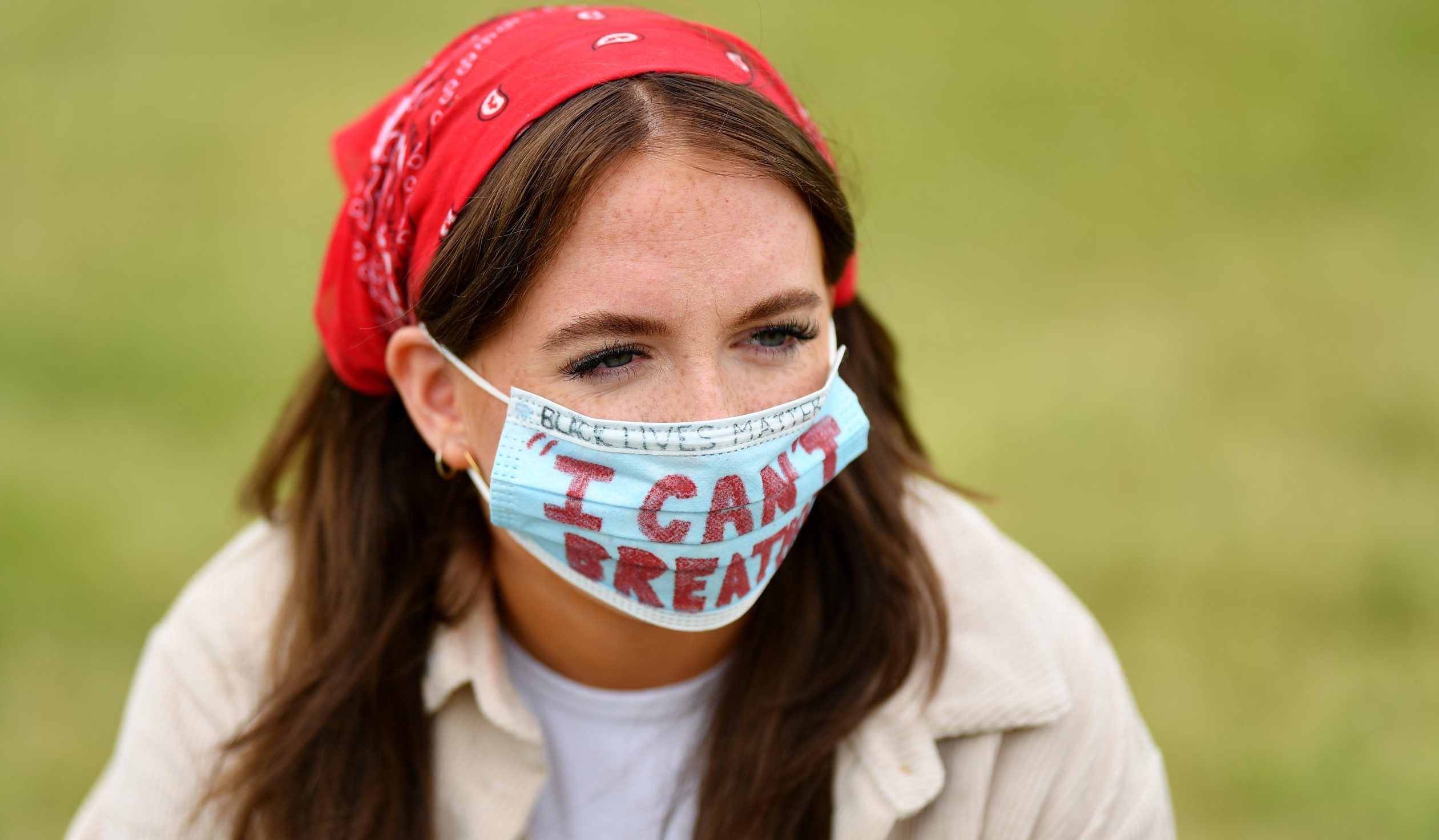 A protester wears a face mask displaying the words “I can’t breathe” during a Black Lives Matter protest in Hyde Park on June 3, 2020 in London, United Kingdom. (Photo by Justin Setterfield/Getty Images)

Imagine if white people, in solidarity with each other, decided to stop paying property taxes until local police officials and departments — whose salaries their tax dollars support — adopted policies to terminating pensions for police officers who killed unarmed Black people? How many protests would that prevent? How much property would be protected?

When it comes to white people dismantling the systems built by white supremacy, they don’t need our help to do something. Just do something!

White people established the very systems that have led to a lack of trust in the institutions we have been told are “fair” and are required for a social order that privileges whiteness and terrorizes everyone else.

What I find most appalling about seemingly simple requests for help is that the act of asking Black people to do the work perpetuates the very system of dominance they say they now want to dismantle. In moments like this it’s important for white people to recognize the harm the question to Black people itself promotes.

Making space for and validating the need for white people to feel comfortable with what’s being made visible, to feel better as a result of “doing something” makes room for them and their sacrosanct feelings. By shifting the focus back to their needs and desire to feel better, we move completely away from naming and disrupting the perpetual practices of white domestic terrorism that led us here in the first place.

To be clear, there are times when it is important to and there are roles for Black people to support white people in the pursuit of social justice. There are also times when the desires of those in positions of power must be silenced — this is one of those times. 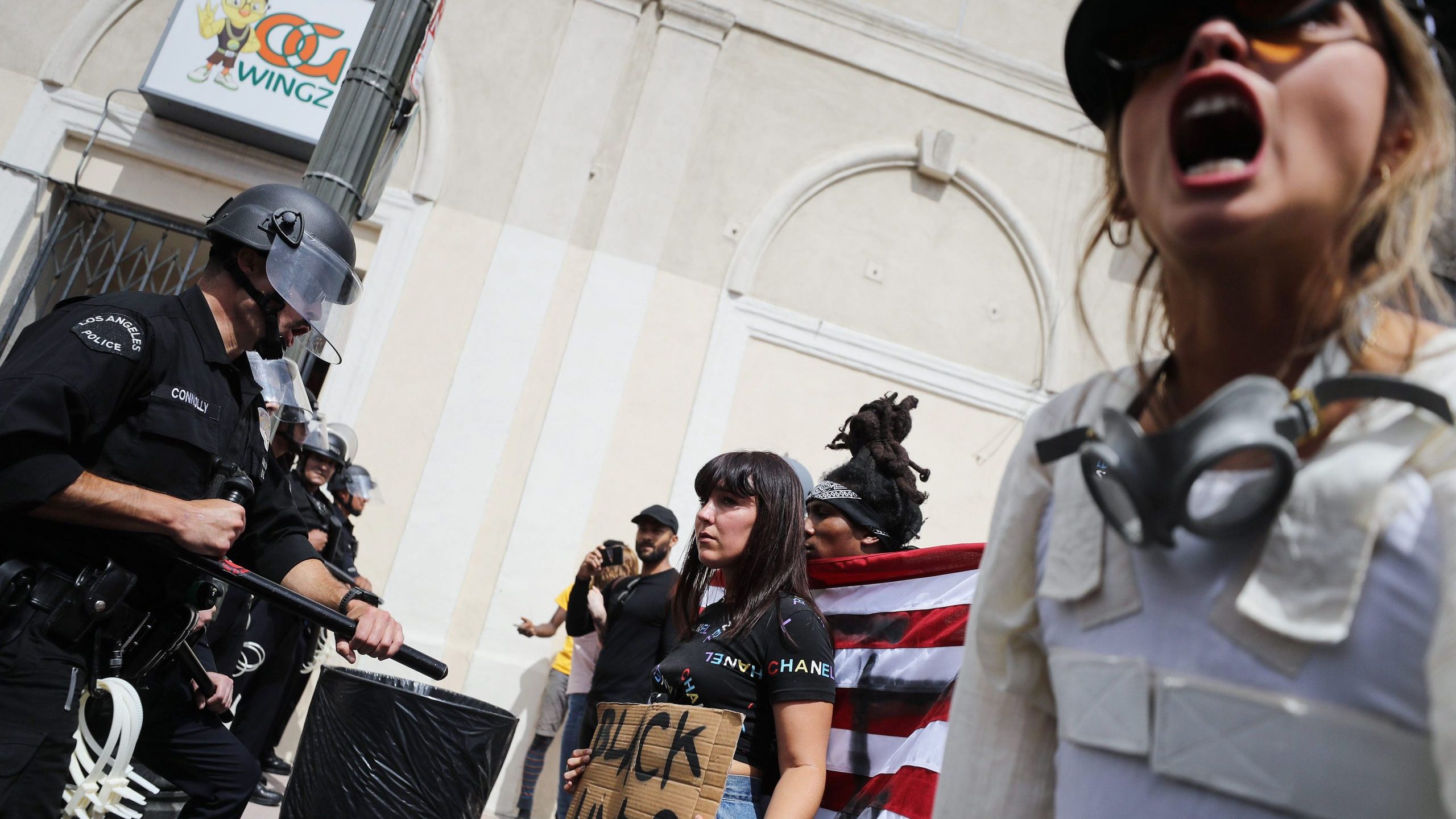 Protesters stand off with police during a peaceful demonstration over George Floyd’s death in Hollywood on June 2, 2020 in Los Angeles, California. (Photo by Mario Tama/Getty Images)

To anyone committed to advancing social justice, it is not important to affirm all perspectives or feelings as equally valid — especially when those perspectives and feelings remove practical and political realities to preserve conventional wisdom or that which we refer to as traditional.

I want to be clear in acknowledging that this open letter is grounded in concern and written with the clarity of how white supremacy works. Well-meaning people in positions of power often unintentionally legitimize and perpetuate the very oppression they seek to disrupt when they fail to do the work.

Similarly, well-intentioned enablers legitimize and perpetuate that very same oppression when they trip over themselves to help people seeking to escape the responsibility of doing work (beyond sending a text message asking for someone else to do the work).

Enabling stunts growth. And much growth is born, first, in tremendous discomfort. Well-meaning white people should hold off on sending that request for help and sit in the discomfort. You’ll grow from it.