If Gov. Cuomo, Mayor de Blasio and Manhattan DA Vance can’t figure out how to arrest Amy Cooper, then they all should resign

Lying to police and making a false claim is a crime. Cooper still has not been charged.

Amy Cooper lied in her 911 call to police about her life being threatened by a Black man in New York’s Central Park. It was all captured on video tape.

But yet she currently faces no charges for filing a false report with police.

If New York Governor Andrew Cuomo, Mayor Bill de Blasio and Manhattan District Attorney Cyrus Vance can’t figure out how to arrest Cooper, then why are they in office in the first place? This incident is simple and clear-cut.

In the midst of the COVID-19 outbreak and the nationwide protests following the murder of George Floyd in Minneapolis, Cooper’s crime has slipped through the cracks. By lying to police, Cooper placed birdwatcher Christian Cooper (no relation) in mortal danger. She placed Black America in mortal danger.

Amy Cooper was not wearing a badge. She is not a member of a white nationalist group. The scores of white women who wrongly call the police on Black people in public spaces earn cute nicknames, but do not go to jail. 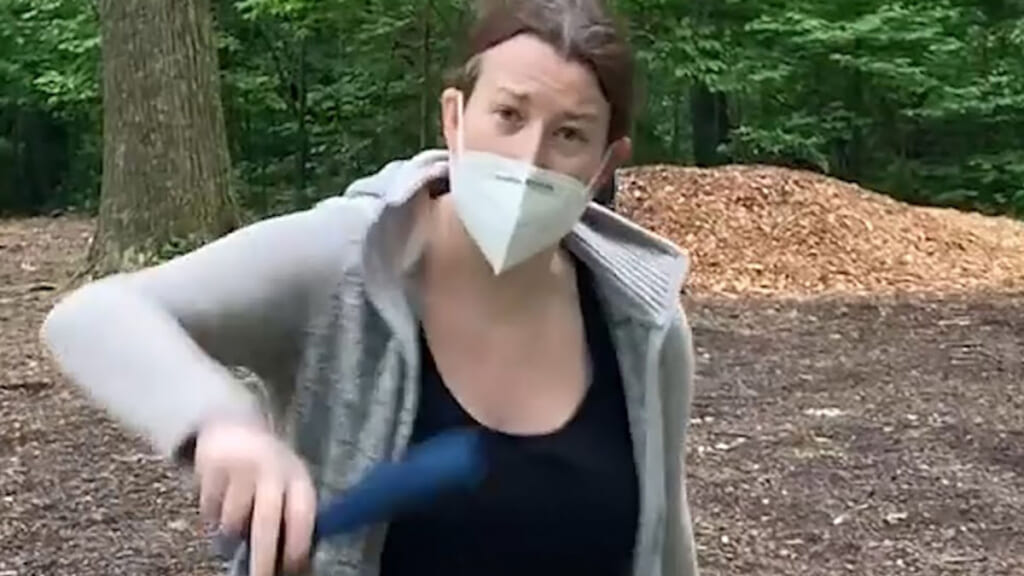 Last week, NYPD Chief of Department Terance Monahan said the city’s “detectives are working hand in hand right now with the Manhattan District Attorney’s Office” to determine if what Amy did “sustains a charge.”

“We could arrest someone for pulling a fire alarm,” Adams said at a recent news conference. “We could surely arrest someone for attempting to destroy and burn down the life of an innocent person.” Moreover, legislation first proposed in 2018 would make it a hate crime to falsely report crimes against protected groups.

Governor Cuomo has spent some of this week sparring with de Blasio, criticizing the mayor’s handling of the ongoing protests and claiming he could replace him if the situation worsens. De Blasio has somehow managed to defend NYPD abuse of protesters while also lending support to his own daughter, who was arrested by NYPD officers for peacefully protesting.

Where are their voices on Amy Cooper and the need for an arrest?

There is a lot going on in New York City. But that should not let any leaders off the hook.

Manhattan DA Vance managed to find a way to prosecute 18-year-old Muslim teen Yasmine Seweid, who lied to police about being attacked by three white male Trump supporters. And that wasn’t broadcast for the world to see in real time.

Unfortunately, history is replete with examples of Black men and boys who were lynched after being accused of harassing, raping or assaulting white women. Death.

It was written in the slave codes. Typically, many of the ‘race riots’ from America’s past were precipitated by such rumors, used as a pretext to sweep into Black communities, destroy them and keep Black folks in their place.

Ninety-nine years ago, on June 1, 1921, a white lynch mob destroyed the African-American community of Tulsa, Oklahoma—Greenwood, known as Black Wall Street–amid rumors that a Black man attacked a white woman. Hundreds of people, maybe more, were killed, thousands were rendered homeless and hundreds of businesses were destroyed when airplanes dropped bombs on the prosperous Black community.

In 1931, nine Black teens known as the Scottsboro Boys were falsely accused and tried for the rape of two white women on a train in Alabama.

In 1955, Emmett Till, 14, was brutally murdered by two white men in Mississippi for allegedly flirting with and whistling at a white woman. Abducted, bludgeoned, shot, mutilated and thrown into the Tallahatchie River. His body was unrecognizable, and his mother had an open casket funeral to show what they had done to her son. Till’s accuser, Carolyn Bryant Donham, admitted in 2007 that she had lied about Till making advances on her. But the damage had long been done. It always is.

“Karens”— as women of Cooper’s ilk are called–will often call law enforcement on Black men and, while standing on their pedestal as a paragon of white female privilege, weaponize blackness against them.

And we know that respectability never protected Black men. After all, there was a time when Black men coming home from the war were found hanging from trees while in uniform. Christian Cooper’s Harvard pedigree, Sierra Club board membership and professional credentials did not protect him from anything that day in Central Park.

It is dangerous for white people to unreasonably call the cops on Black people.  If there is no price for “Karen” to pay other than viral public humiliation and shaming, and maybe getting fired, how do we guarantee this doesn’t happen again? Until those who commit such offenses are arrested or held accountable, these explicit behaviors will continue.

On a daily basis, the lives of Black people are in danger, in the streets, during protests and in their homes, but also when we are in the park, partaking in green spaces and attempting to destress and enjoy the natural environment. If COVID-19 doesn’t get us, the cops will. Our interaction with the police, and our interaction with white vigilantes and fraudulent 911 callers who take the law into their own hands is a public health crisis.

Amy Cooper will get another job. Hell, she just got her dog back despite choking it.

And that is wrong.

“Birdwatching while Black” is not a crime, but calling 911 and lying is. Amy Cooper should be arrested, fined, or made an example in some way.  At a time when police violence and racism are killing Black people, we require leadership that will step up and stand up for Black lives. If Black lives really matter, then our elected officials must show it and act on our behalf.

If Cuomo, de Blasio and Vance do not believe their jobs are on the line, the Black community must show them they are mistaken and they can be replaced.

Because Christian Cooper’s life cannot be.