On Breonna Taylor’s birthday, let us not forget her killers are still free

OPINION: After the recent charges against the killers of Ahmaud Arbery and George Floyd, we must continue to lift our voices to ensure justice for Breonna too. 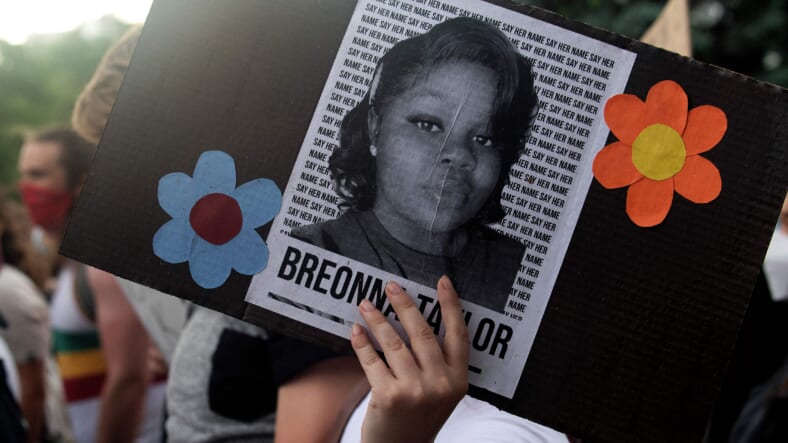 A demonstrator holds a sign with the image of Breonna Taylor, a black woman who was fatally shot by Louisville Metro Police Department officers. (Photo by JASON CONNOLLY/AFP via Getty Images)

I am tired. I am exhausted by feeling the need to prove to white people that I am human and I am worthy of life, breath, and all that comes with it. There are days where I cannot pick myself up from the emotional wreck that I have become in the name of Black folks being murdered by the hands of police.

In my tiredness, I am reminded that pain induced by the traumas associated with being Black has a way of settling in our bones. When we think that we are in the clear — free from all the traumas the world sets before us — we are reminded that there are people, places, and systems that will not allow us to rest.

READ MORE: White supremacy takes so much already, don’t let it take your grief too

And we are angry. We were not even finished fighting for our lives against medical systems that deemed us unworthy of life in the middle of a global pandemic, and here we are fighting against a government-backed police system that refuses to deem us as worthy of jogging, sleeping, or breathing. 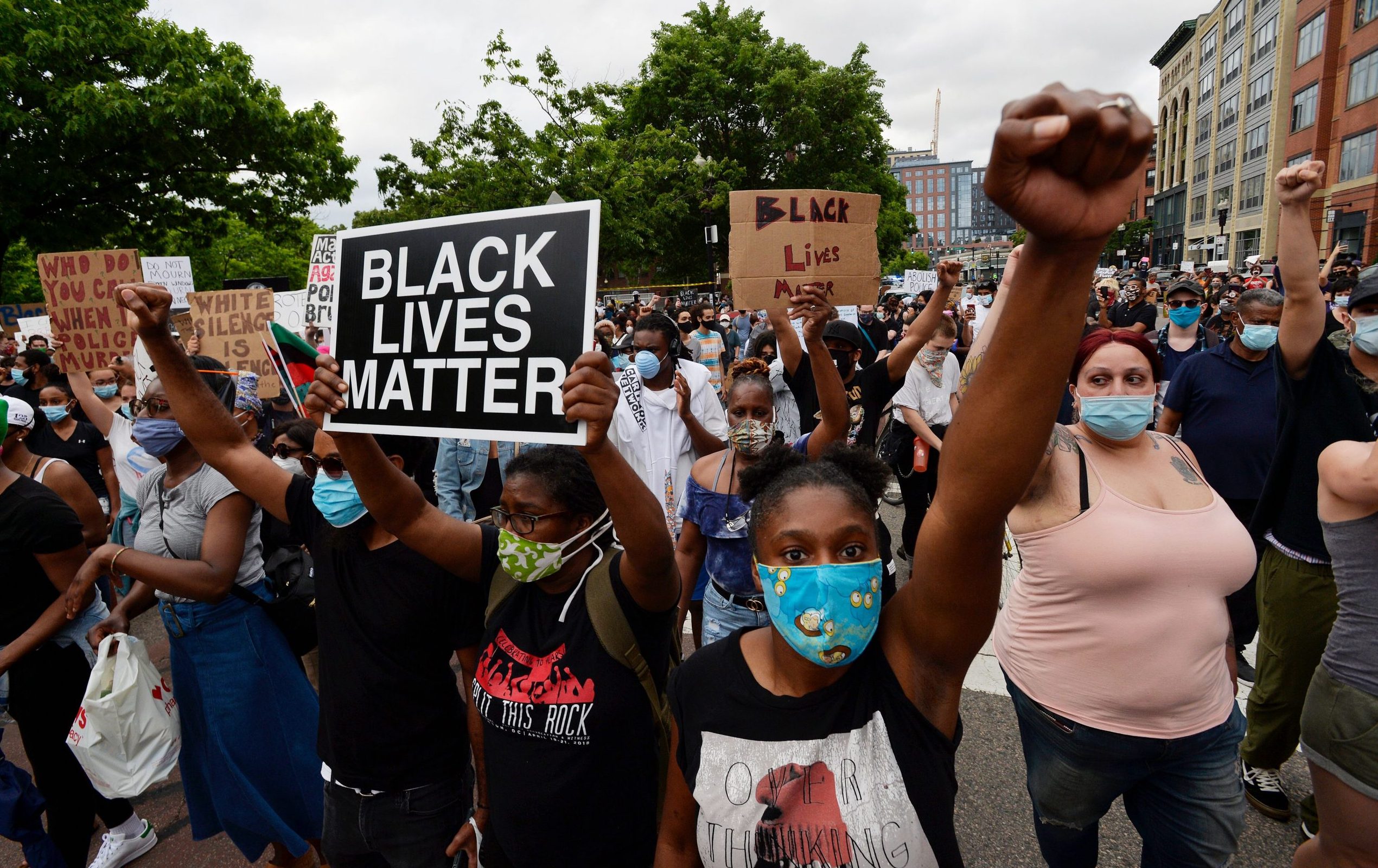 We have a right to be angry. We have a right to fight back in whichever way(s) we choose to do so. This Black pain that settles in our bones reminds me of volcanoes sitting on fault lines. I am not sure if the next headline will cause us to shake the earth or to blow the steam out of our heads, but I know that one of them is coming.

The fights for Ahmaud Arbery and George Floyd, Black men killed in police and pseudo-police sanctioned murders, are continuing, and, for that, I am grateful. Now, we must find the voices that can carry Breonna Taylor to receiving justice as well. There are people who are incessantly fighting for her beyond her death and they need assistance. This is community. This is collective action. Let us continue to fight, gather, protest, and rally for change in the names of Ahmad, George, AND Breonna. Let us not forget the Black women whose names deserve to be carved into history, as well.

Black women have always been subject to momentary justice as demonstrated by the medical field’s lack of sympathy for Black women’s health concerns, the history of police encounters Black women have endured with no justice to follow, and even with the looting of Black women’s voices in national movements such as #MeToo.

It is time that we actively and loudly #SayHerName until her murderers are brought to justice just as the murderers of Ahmaud and George are being brought forth. I do not want to discredit the work of anyone who has poured their lives out for Black women on the frontlines of protests, in papers, in books, and even in their homes.

However, I am calling out society and its patriarchal approach to everything, including death. We cannot allow this nation to silence Black women in life or in death. We must continue to fight for #BreonnaTaylor, #KarrynGaines, #SandraBland, #AtatianaJefferson, and a host of ancestors whom we remember on Breonna’s birthday.

In honor of Breonna Taylor’s birthday, and before hurricane season (another trauma for some Black people) comes to stir up the pain in our bones, I penned a poem (modified from a poem written in honor of Korryn Gaines):

Before Hurricane Season Comes To Wash Her Away

Black women become trained assassins in the eyes of The Law

Just three days before, they were someone’s daughter

Just five days before, they were someone’s lover

Just seven days before, they were someone’s healer

And Black Women been healing all of us since forever

They stood in places that Black men refuse to access

Standing in the places where our blood soaked into the cement

To us, they are gentle. They are roots. They are freedom.

I wonder if Breonna wanted to march for Ahmad’s murder

Did she know she would be the next victim?

I wonder if the night she left, was she holding that man before he stood to protect her

They are the water flowing up stems and leaves

My Brothers, we have not carried their strength inside of us like we should and, quite frankly, we should be ashamed.

If flood waters come to my city, I will stand strong like Breonna.

I will not back down from rising tides

And though I have been safe this whole time, I feel as though this is a test of my character.

A test of what I am made of.

And the woman before her

And the women Breonna saved as an EMT

But these waters forgot that their seeds were planted deep

Or sharing gunshots with their sons like a last meal

Or eating death off of a jail cell floor

Or hiding from warning shots out of their own guns

Or waiting for their fiancée to never walk the aisle

They are stronger than the floodwaters reaching banks without invitation;

yet, as fragile as the millions of water droplets within

When Black women die, the news of another Black man being murdered should only add fuel to the fire. It should not stoke one in another yard and floodwaters in the south should not wash their names away like their bodies already became sand on the shore.

We will not stop until they say to rest

Visit this website for direct actions to assist with saying Breonna’s name even louder.

Dr. Michael Jamal Seaberry is a Metro Atlanta-based secondary science teacher, researcher, activist, and curator of all things concerning the liberation of Black Boys and Men. Follow him on Twitter.